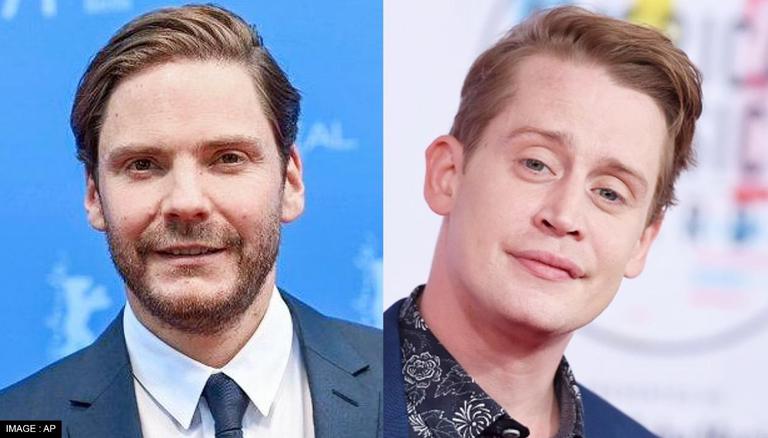 
After Golden Globes winner Rosamund Pike's entry as the lead cast member in the forthcoming film Rich Flu, two veteran stars have been taken on board. As per reports, The King's Man fame Daniel Bruhl and Home Alone actor Macaulay Culkin have been roped in for the pandemic thriller film.

Rich Flu is based on a deadly virus that starts killing off the most influential and wealthy people on the planet. It is helmed by Spanish director Galder Gaztelu-Urrutia, who made his debut in 2019 with the renowned sci-fi horror film The Platform.

As per the reports of Variety, after Rosamund Pike's confirmation as the lead actor in Rich Flu, actors Daniel Bruhl and Macaulay Culkin will be starring opposite Pike. The principal photography of the film is set to kick off in the fall. The official synopsis of the film hinted at the plot of the film. According to it, 'Rich Flu' is an unusual disease that kills off the most wealthy and influential individuals on the earth. First, it starts with the extremely wealthy people and then slowly progresses towards the multimillionaires and then others possessing unique fortunes.

The film is being bankrolled by Pablo Larraín alongside Juan de Dios Larraín under their Fabula banner with Adrián Guerra and Núria Valls of Nostromo Pictures, Carlos Juárez, Galder Gaztelu-Urrutia, and Albert Soler. It is scripted by Pedro Rivero and Gaztelu-Urrutia. Earlier as per, Deadline Gaztelu-Urrutia confirmed the news of Rosamund Pike starring in Rich Flu. He stated:

“Rich Flu is an immense physical saga, full of twists, obstacles, and surprises. But, above all, it is a complex and provocative emotional journey to the depths of the human soul and the pinnacles of our glorious self-indulgence. Only an artist with the bravery and intelligence of Rosamund Pike could bring this film to life. I’m extremely grateful for the incredible and highly-respected team at Sierra/Affinity for their support in sharing our project at the Berlin market.”

WE RECOMMEND
Rosamund Pike joins protest at Russian Embassy in London amid Ukraine war
Golden Globes winner Rosamund Pike roped in for virus thriller 'Rich Flu'; details inside
Daniel Bruhl teases Zemo's Wakanda conflict in 'The Falcon and the Winter Soldier'
Falcon and the Winter Soldier: Daniel Bruhl believes that fans will root for Zemo
Who is Helmut Zemo? Everything you need to know about the MCU supervillain