As per a report by the Huffington Post, David Schwimmer's team responded to the rumours about the actor dating his on-screen love interest, Jennifer Aniston. 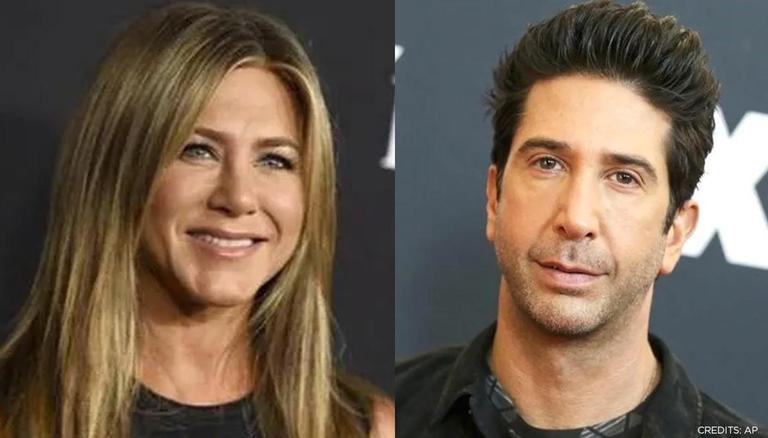 
The Friends: The Reunion saw actors Jennifer Aniston and David Schwimmer make a candid confession about having a crush on each other while filming the sitcom. Recently, rumours about the duo dating each other off-screen surfaced, thereby sending a wave of happiness across the fandom. However, their happiness was short-lived as, as per a report by the Huffington Post, Schwimmer’s representative denied the reports of the duo dating and called them false.

All about Jennifer Aniston and David Schwimmer

When Aniston and Schwimmer admitted they had feelings for each other during the special episode of Friends: The Reunion, the moment became one of the biggest highlights of the show. Their confession gave fans a glimpse of hope that their favourite couple would be each other’s ‘lobsters’ off-screen as well just like they were on-screen. They mentioned that although they had a crush on each other during the filming of the first few seasons of the show, neither of them acted on their feelings.

Speaking about their crush on each other in the reunion episode, Schwimmer said, “One of us was always in a relationship.” Aniston then went on to reply, “We channelled all our adoration and love for one another into Ross and Rachel.” However, although fans wished the rumours of the duo dating in real life would turn out to be true, it turns out they are indeed, just friends.

According to Huffington Post, a representative for David Schwimmer commented on the rumours of on-screen Rachel and Ross being together. The representative said the reports of the same were not true and denied them. The duo enjoys a massive fan base and fans across the globe hoped they got their happy ending, just like they did on-screen.

Apart from the much-loved duo’s confession, the reunion episode had a lot more to love. The opening of the episode is an emotional one, with the actors walking into the Warner Bros studio and onto their set. The actors also shared some behind-the-scenes anecdotes and participated in yet another trivia quiz. The actors also spoke about some of their all-time favourite episodes to watch and shoot for. The special episode also saw characters like Maggie Wheeler, who played the role of Chandler's infamous girlfriend Janice make an appearance.

READ | Jennifer Aniston and David Schwimmer: The Ones Where Ross-Rachel's chemistry sizzled