Robert Downey Jr recently unveiled the Sweet Tooth teaser. The series is produced by him and his wife Susan Downey Jr. He also revealed the date of its release.

Robert Downey took to his Instagram handle to unveil the teaser of his upcoming DC series Sweet Tooth. The series is based on the DC comic book by the same name illustrated and written by Jeff Lemire. The trailer introduced a hybrid baby named Sweet Tooth who lives in a secluded forest. The series is produced by  Robert Downey Jr., Susan Downey, Amanda Burrell and Linda Moran and directed by Jim Mickle. He also revealed that the Sweet Tooth release date is  June 4th and the series will premiere digitally on Netflix.

Reactions to the teaser of Sweet Tooth Teaser

Robert Downey received a mixed reaction from his fans. As Robert Downey was a part of the Marvel universe for several years, some fans seemed upset with him working on a DC series. Some fans mentioned that the teaser looked 'amazing' and complimented him for the series. Others wrote that after his character Tony Stark died in the film Avengers Endgame, Downey Jr betrayed the Marvel universe to work with the DC universe. Take a look at the comments on the teaser here. 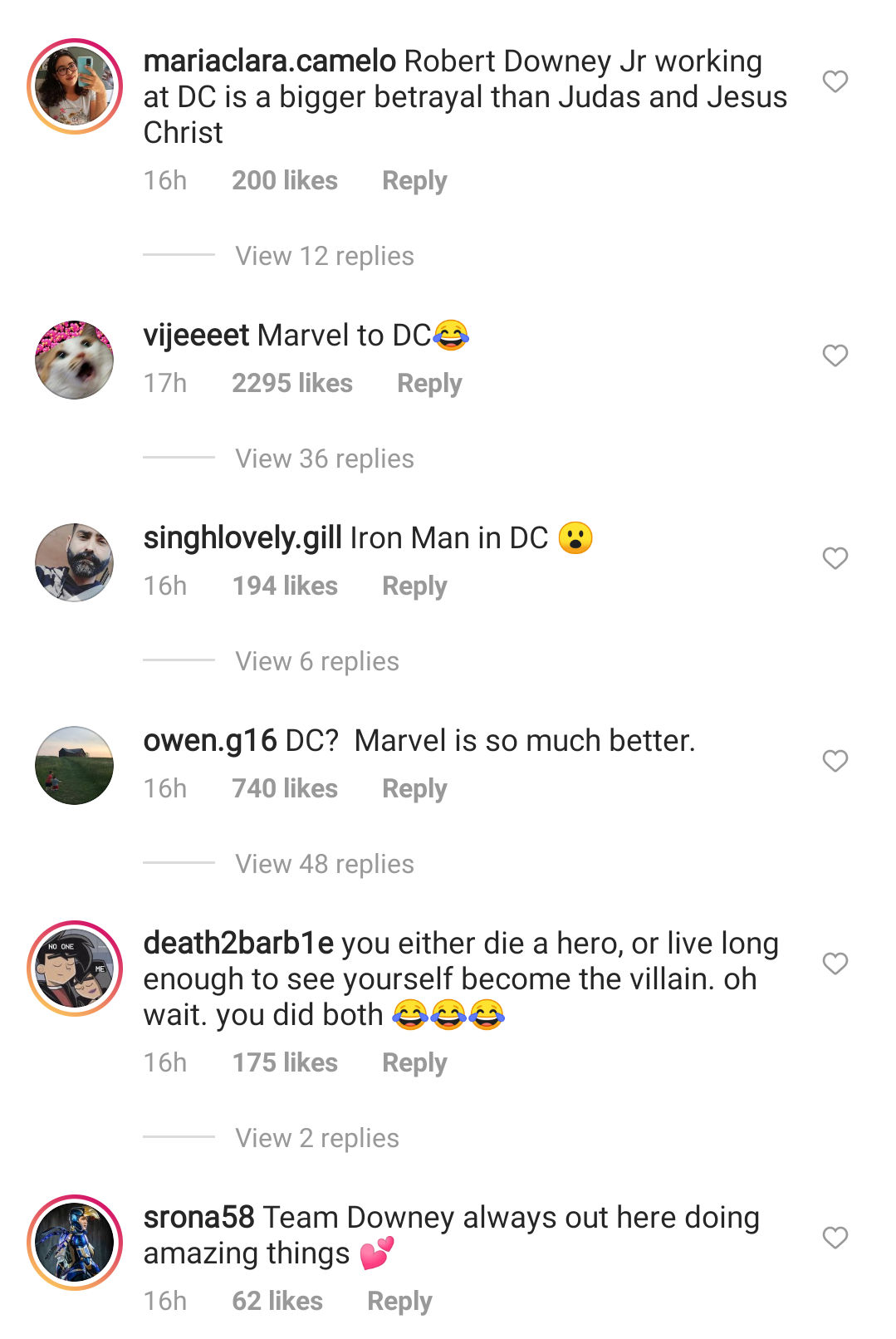 The Sweet Tooth cast features Christian Convery, Nonso Anozie, Adeel Akhtar, Will Forte, Dania Ramirez, Neil Sandilands, Stefania LaVie Owen and Aliza Vellani. Christian Convery will be seen playing the lead role of Gus. Gus being a hybrid of human and animal sets out on a journey to find out the truth about himself. He meets a loner named Jepperd played by Nonso Anozie and decides to go to America to search for answers. In this journey, he faces several allies and enemies and has to deal with them eventually.