Did Kristen Stewart And Girlfriend Dylan Meyer Secretly Get Married?

Kristen Stewart and Dylan Meyer began dating back in 2019, are spotted together in public often. The Twilight actor was seen sporting a band on her finger. 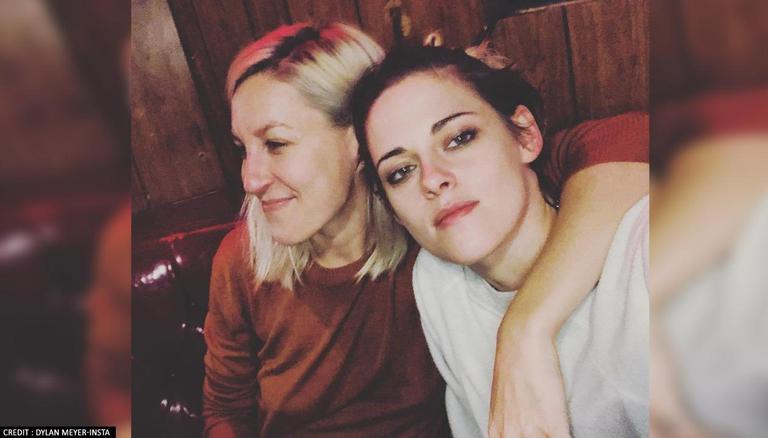 According to a report by DailyMail, the Snow White and the Huntsman actor was spotted wearing a ring while she was out in LA. The 31-year-old actor flashed the same band a week ago at the Los Angeles airport LAX, and Dylan Meyer also had a ring on that finger. The two began dating back in 2019 after working together on the show Miss 2059, where Dylan was a screenwriter. Before dating Meyer, the actress was in a relationship with model Stella Maxwell.

READ | Kristen Stewart's birthday: Here are some of her most notable films and performances

Kristen Stewart will next be seen in the biographical drama Spencer based on the later years of the life of Diana, Princess of Wales. According to a report by Variety, Kristen Stewart's highly awaited drama is scheduled to have a world premiere in competition at the Venice Film Festival in September 2021. The actor who portrayed Bella Swan in the film adaptation of the Twilight book series, will be seen portraying the titular role of Princess Diana in the movie. It will follow an event that took place in the life of one of the late British Royal Princess Diana and her husband Prince Charles. Set in the early 90s, the movie will depict the weekend Princess Diana decided to confront Prince Charles about his affairs and end their marriage, therefore, veering off the path of becoming the queen one day.

Meanwhile, Stewart is working on her feature film directorial debut, which will be an adaptation of writer Lidia Yuknavitch's memoir The Chronology of Water, which she will also write. She is also set to star in a Netflix television series adaptation of Gina Frangello's novel A Life in Men which will be produced by Charlize Theron. Kristen will next be seen in David Cronenberg's sci-fi thriller Crimes of the Future alongside Léa Seydoux and Viggo Mortensen.