Harish Patel who will next be seen in MCU's Eternals had previously worked with FRIENDS star David Schwimmer. Here's all you need to know about their film. 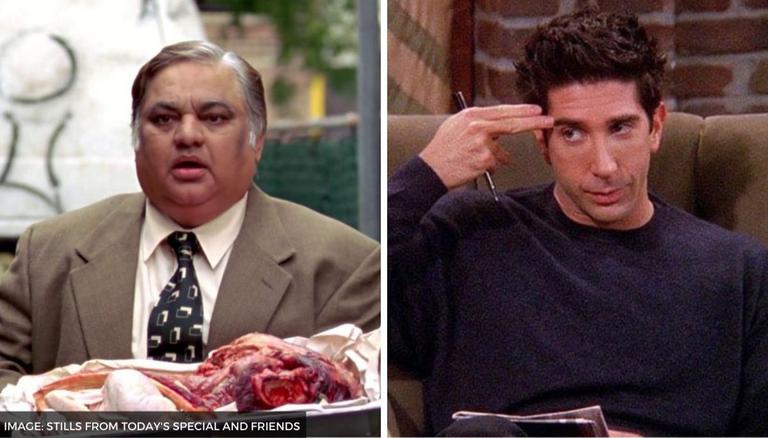 
Harish Patel is popularly known for his role as Ibu Hatela in the cult 1998 movie Gunda. After staying away from Bollywood for quite some time now, Harish was recently spotted by fans in MCU’s Eternals trailer. In the trailer, he was seen having a meal along with the rest of the cast of the upcoming film.

However, this isn't the first time that Harish has worked in a Hollywood film. Did you know the actor has also worked in a movie with FRIENDS star David Schwimmer? Here's everything you need to know about Harish Patel who played a pivotal role in David's film.

MCU’s Eternals trailer is out and it has diversity when it comes to the cast of the film. Indian actor Harish Patel will be seen playing the role of Kingo's assistant Karan. However, this is not the first time that the actor has worked in Hollywood or American series. A few years ago, he had featured in David Schwimmer's directorial debut Run Fatboy Run.

READ | What is 'The Eternals' release date in India? Here's everything you need to know

Run Fatboy Run is a 2007 comedy film that features Simon Pegg, Dylan Moran, Thandiwe Newton, Harish Patel and Hank Azaria. Harish was seen portraying the role of Ghosh Dastidar. The plot revolves around Simon's character Dennis who leaves his pregnant girlfriend at the alter. However, he realises he cannot live without her and tries to win her back. Libbie now has moved on with a handsome and fit man who runs for charity. Dennis thus participates in a race to impress Libbie. The film had received mixed reviews at the time.

A look at Harish Patel's movies and shows

Harish made his film debut with Mandi in 1983. The actor was seen in several films like Shola Aur Shabnam, Sarphira, Salaakhen and Kisse Pyaar Karoon. The actor also worked in a British film titled My Son the Fanatic. He was also seen in Today's Special alongside Naseeruddin Shah and Aasif Mandvi. They were seen playing chefs in the film. Harish's shows like Malgudi Days, The No. 1 Ladies Detective Agency, The Boy in the Dress and Four Weddings and a Funeral garnered him immense popularity.

READ | If you loved Marvel's 'Eternals' trailer, here are some more Chloé Zhao movies to watch