The classic 'X-Men: The Animated Series' is getting a sequel on the online streaming site Disney+ in the year 2023. Read on to know more. 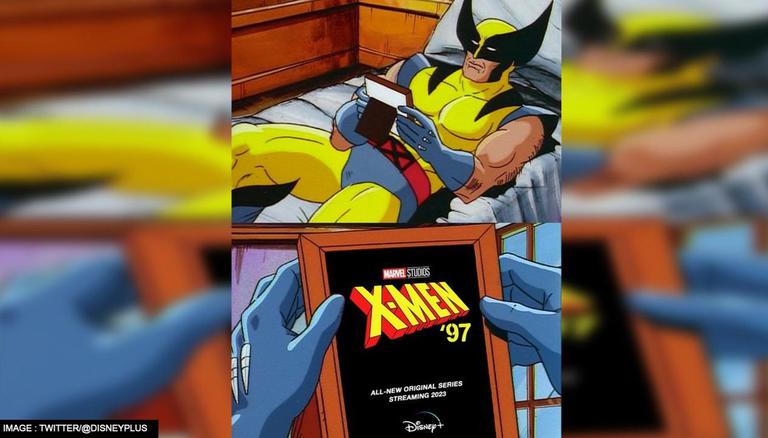 
The classic X-Men: The Animated Series is getting a sequel on the online streaming site, Disney+ Hotstar in the year 2023. The title of the newly announced sequel will be X-Men ‘97. It will reportedly 'explore new stories in the iconic ‘90s timeline of the original series'. The announcement was made by the streamer on their official Twitter handle, in the most fitting of fashions — the sad Wolverine meme from the original show.

'X-Men: The Animated Series' to get a sequel

Taking to the micro-blogging site, an official announcement came as a part of the platform’s massive Disney+ Day rollout of announcements. The streamer confirmed that the sequel series will be debuting in the year 2023. It will be backed by Marvel Studios. As soon as the announcement was made, many fans and followers expressed excitement for the revival series. Several of them reposted the tweet, while a few others dropped fire emoticons.

According to Decider, Beau DeMayo will be the head writer for the sequel, with the original X-Men: The Animated Series showrunners being Eric and Julia Lewald. Filmmaker Larry Houston is all set to help consult on the series. As per the report, cast members Cal Dodd, Lenore Zann, George Buza, Alison Sealy-Smith, Chris Potter, Catherine Disher, Adrian Hough, and Christopher Britton will be returning as a part of X-Men ‘97. Jake Castorena will act as supervising director. Charley Feldman will be the show’s supervising producer.

However, Marvel Studios' announcement notes suggest some of these actors will be reprising their roles, while others will be lending their voices to new characters. The report suggests Jennifer Hale, Anniwaa Buachie, Ray Chase, Matthew Waterson, JP Karliak, Holly Chou, Jeff Bennett, and AJ LoCascio will also be joining the cast members of the highly-anticipated sequel.

The first five seasons of X-Men: The Animated Series are available to watch on Disney+ Hotstar. The revival series will be the first X-Men-related project from the group ever since Disney acquired the rights to the mutant superheroes in its acquisition of 20th Century Fox. However, it is still unlikely that it will be part of the interconnected web of MCU despite being backed by Marvel.

READ | 'Cars on the Road' Release Date: When is 'Cars' franchise movie coming out on Disney?