A new merch of  'Doctor Strange in the Multiverse of Madness' revealed the first look of Doctor Strange's other variant, Defender Strange. See here. 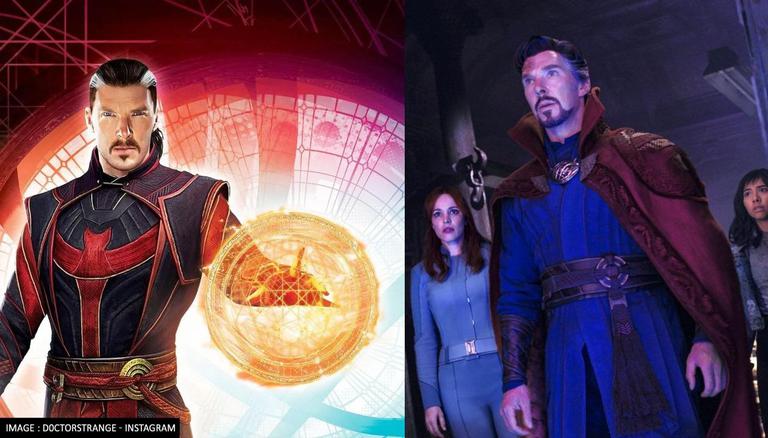 Fans are now convinced that more than two variantions of Doctor Strange will be seen in Multiverse of Madness. A new merch of the movie gave first look at Sorcerer Supreme's other variant Defender Strange,

Based on the first official trailer released for the highly-anticipated sequel, Benedict Cumberbatch’s Doctor Strange is about to embark on a dangerous journey as he learns that meddling with the Multiverse comes with consequences. A new merch of the movie gave first look at Cumberbatch in a new Defender Strange suit. The character, Defender Strange is based on his time as a member of the Defenders in the comics created by Roy Thomas and Ross Andru in 1971.

Here is a closer look at Defender Strange’s look in #MultiverseOfMadness from the Marvel Legends packaging!

The official promotional art for Defender Strange in DOCTOR STRANGE IN THE MULTIVERSE OF MADNESS! 🎨 pic.twitter.com/HaHdpxq7av

Meanwhile, the teaser of the movie also featured Evil Doctor Strange, Strange Supreme from the fourth episode of What If..? coming face to face with Sorcerer Supreme. The episode tells a tragic love story in which Strange attempts to use magic to prevent his girlfriend Palmer's death, which in turn makes him evil. The episode was titled What If... Doctor Strange Lost His Heart Instead of His Hands?.

The trailer of Multiverse Of Madness also featured Wanda Maximoff after the event of WandaVision. Several fan theories suggest that Wanda could be the antagonist in the movie and as per Digital Spy, in the movie, "Dr Stephen Strange's continuing research on the Time Stone is hindered by a friend-turned-enemy, resulting in Strange unleashing unspeakable evil." Also in the trailer, Wanda could be seen channelling her Scarlet Witch avatar and performing a ritual.

READ | 'Doctor Strange 2': Who is Shuma-Gorath? Glimpse of villain sparks interest from netizens