The show 'Hannah Montana' just marked 15 years since its premiere and Dolly Parton celebrated the anniversary with a post on Instagram, with Miley Cyrus

Hannah Montana has clocked 15 years since it first premiered on March 24, 2006, and Miley Cyrus as well as the other cast members have been celebrating it with great pomp and pleasure. Singer Dolly Parton who played Miley’s godmother in the show also took to her Instagram account and shared a picture of the two together to mark the occasion, and Miley has one of the sweetest replies on it. Read along and take a look at the picture here and what the two have to say.

Dolly Parton was a part of the Hannah Montana cast, as Miley’s godmother Aunt Dolly, who was a really old friend of the Stewart’s and had seen Miley’s father as a kid. Parton took to her Instagram account on March 26, 2021, to celebrate the Hannah Montana anniversary and shared a still from one of the three episodes that she was a part of. She also congratulated Miley as the show reached this milestone. She wrote in her caption along with the post, “Happy 15th anniversary, @hannahmontana” followed by a red heart emoji and the closed with “Love, your Aunt Dolly”.

READ | Miley Cyrus pens an emotional note on 15 years of Hannah Montanna; Hannah replies to her

Miley used the Hannah Montana handle on Instagram and replied to the post, where she expressed how her Aunt Dolly had taught her some of the significant things in life and without her Hannah Montana doesn’t exist.  She wrote in the comment, “I love you Aunt Dolly! You taught me about the important things in life! Like how to glue down a wig, use a bedazzler, and treat everyone you meet with kindness! Without you, HM doesn't exist!”. The post has been liked by a huge number of people and has close to 240k likes since it was shared. Apart from Miley, other fans and viewers of the show have also commented under the post and showered love on the two singing icons, take a look. 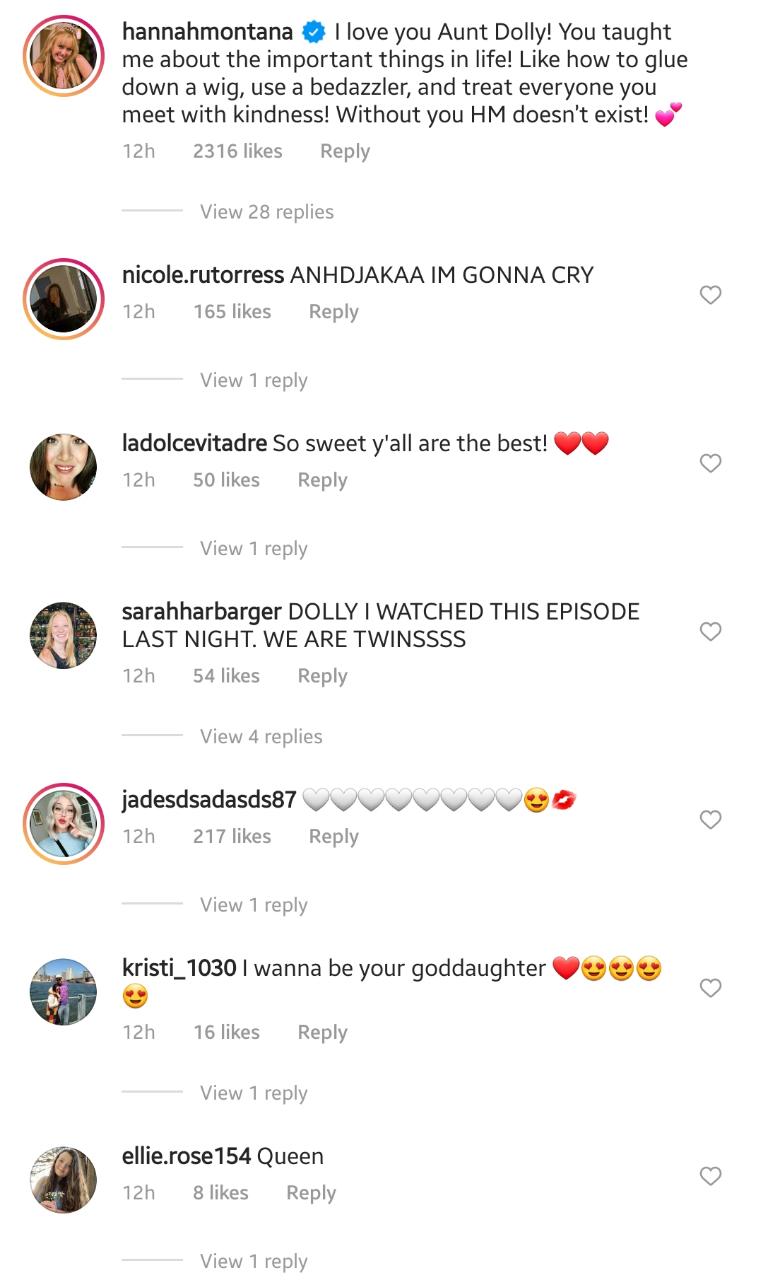 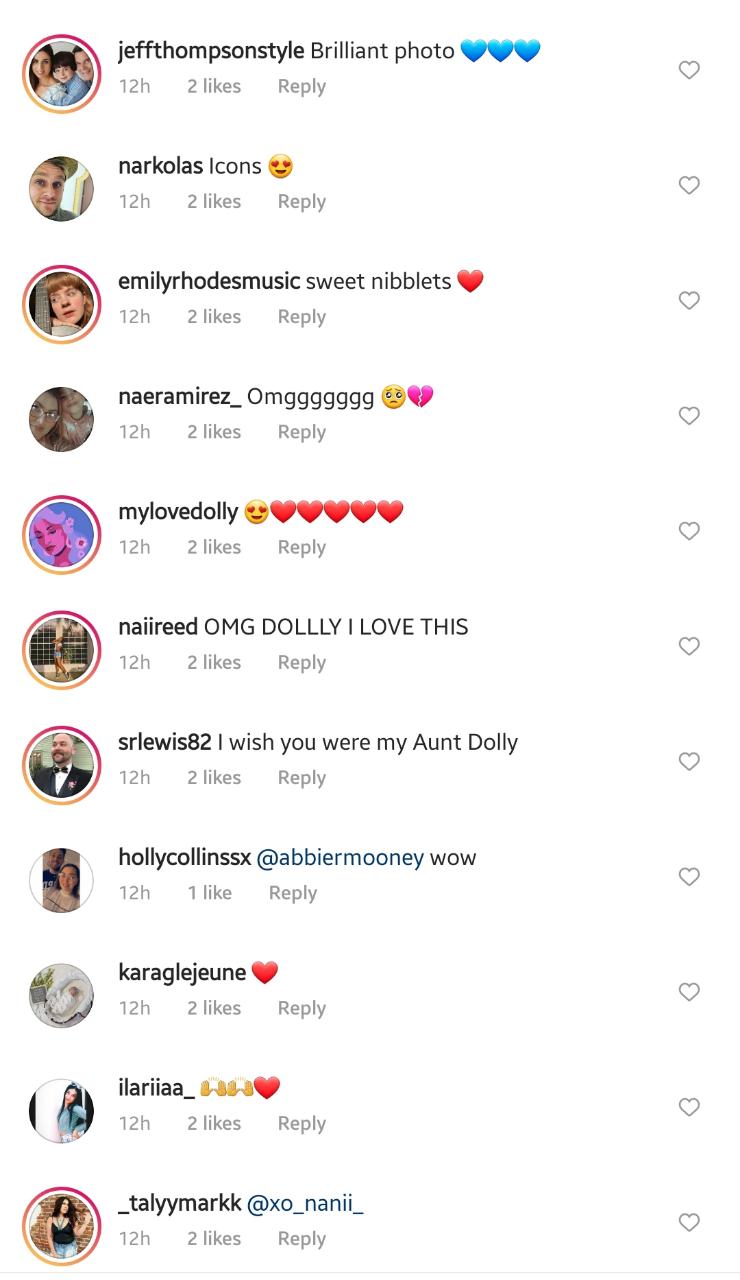 Dolly Parton was an old family friend and had gone to the same college as Miley’s paternal grandmother, Ruthie, with whom she has also had a thirty-year-long feud as both of them, fictionally dated Elvis Presley. Miley is often seen looking up to aunt Dolly for advice about life and her career. Parton was a part of three episodes of the show, namely Good Golly, Miss Dolly, I Will Always Loathe You and Kiss It All Goodbye.