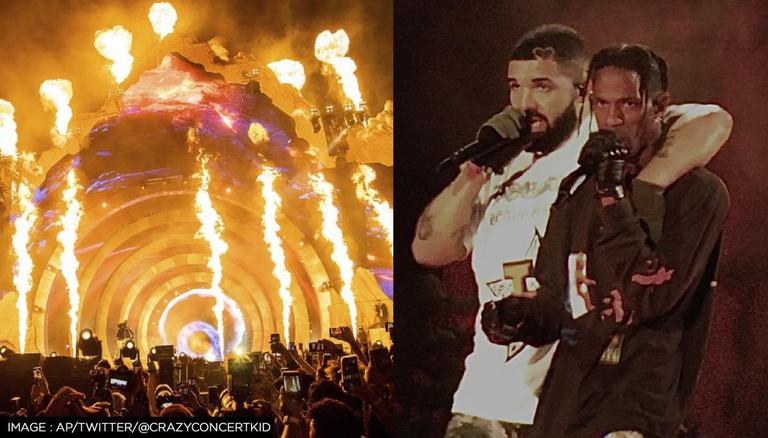 
Just a day after performing at the tragic Astroworld Music Festival, rapper Drake apparently drowned his sorrows by showering strippers with money, New York Post reported citing Toronto’s BlogTo. Last week, during rapper Travis Scott’s performance at the Astroworld fest in Houston, the crowd had surged towards the stage that led to a stampeded and resulted in the loss of eight lives. Additional 300 hundred concertgoers were also injured. Drake had made a surprise appearance during Scott's performance on November 5.

Following the deadly event, the Canadian rapper reportedly visited a club in Houston. Drake left around $1 million on the floor of the Area 29 strip club. A since-deleted social media video posted by Drake’s friend, DJ Akademiks, also showed women scooping up the cash and shouting “thanks, Drake” in unison. Separately, The Sun also reported Drake’s presence at the pub, citing his own Instagram handle @champagnepapi.

Meanwhile, it took Drake three days to issue his first public remarks on the “devastating tragedy” at Travis Scott’s Astroworld Festival. The rapper took to his Instagram to send condolences to the friends and families of people falling prey to the "mass casualty incident" that took place owing to the stampede-like situation at the Houston concert. He also extended a helping hand in aiding the bereaved people while mentioning his heartbroken state.

It is to mention that lawsuits have already been filed against Travis Scott for inciting "crowd mayhem" at the event. The organisers have also been under the radar for their failure to avoid the sad fatalities. Around 50,000 people attended the concert on 5 November, wherein artists like SZA, Rapper Master P among others also performed.

It is pertinent to mention that following the concert, Scott pledged to cover the funeral costs for the eight attendees who died at the Astroworld festival. The rapper also announced an offer of reimbursing the ticket cost to all attendees along with his partnership with BetterHelp to provide virtual therapy services. According to a statement by the rapper's representative, Travis is in “active conversations” with the city of Houston for “respectfully and appropriately” reaching out to the bereaving families.