The trailer for the science fiction film 'Dune' was recently released. The movie is scheduled for theatrical release in the United States on October 22, 2021. 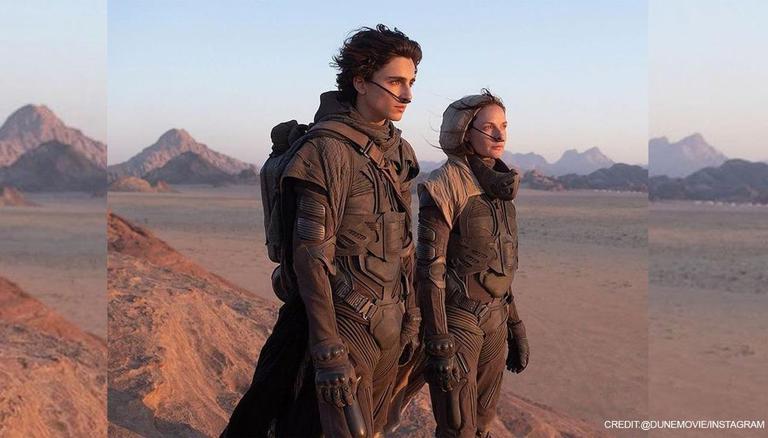 The trailer of the movie gives the audience a view into the vivid screenplay adaptation of the epic science fiction. The movie is set in a distant future where Duke Leto Atreides accepts the stewardship of the dangerous desert planet  Arrakis, also known as Dune. Timothee Chalamet plays the role of Paul Atreides, son of Duke Leto Atreides and the heir of House Atreides, an aristocratic family that rules the planet Caladan. The trailer shows a glimpse of the characters of Zendaya, Dave Bautista and Jason Mamoa. It is seen in the trailer that Timothee's character has some troublesome dreams of Zendaya's character even before they meet. Zendaya plays the role of Chani a native of the desert planet Arrakis. Dune is scheduled to premiere at the 78th Venice International Film Festival on September 3, 2021 and release theatrically in the United States in 3D on October 22, 2021 by Warner Bros.

Dune was written by American author Frank Herbert, and was cited as the world's best-selling science fiction novel. The movie will release in two parts. The official synopsis of the movie reads "A mythic and emotionally charged hero’s journey, “Dune” tells the story of Paul Atreides, a brilliant and gifted young man born into a great destiny beyond his understanding, who must travel to the most dangerous planet in the universe to ensure the future of his family and his people. As malevolent forces explode into conflict over the planet’s exclusive supply of the most precious resource in existence—a commodity capable of unlocking humanity’s greatest potential—only those who can conquer their fear will survive."