Dwayne Johnson's daughter, Tiana Gia Johnson turned 3 years old on April 17, 2021. The actor spent some quality time with his daughter by watching Jason Momoa’s Aquaman. Taking to Instagram, he spoke about Tiana’s obsession with Aquaman and how she thinks he is cooler than her father.

Dwayne took to Instagram and shared a clip in which the duo can be seen watching the film wearing casual clothes. While they discussed Aquaman, he asked Tiana if Aquaman was the coolest in comparison to him. Before he finished his question, Tiana chose Aquaman. In his caption, he wrote, “ ‘Look what AquaMan just did to that man’ The birthday girl Tia is OBSESSED with @prideofgypsies!! She didn’t even wait til I finished the question, before answering definitively, “AquaMan” The irony here just makes my soul laugh and heart smile #HesPrettyCool #AquaMan #HappyBirthdayTiaG” Take a look at Dwayne Johnson's Instagram post below. 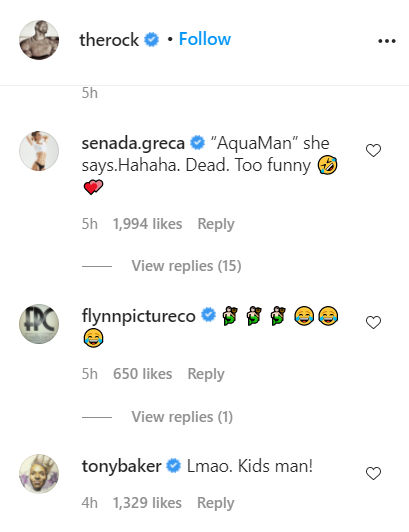 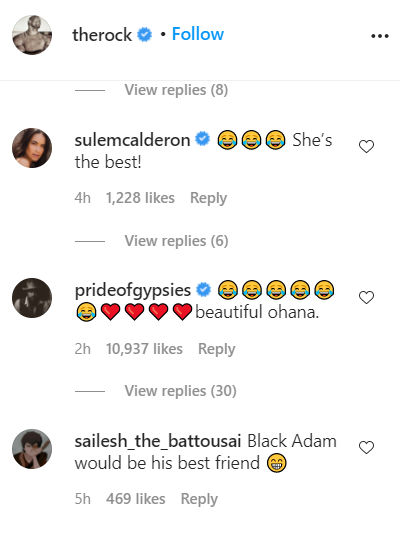 Dwayne shared another post revealing that Tiana wanted to frame Aquaman’s picture in her room. He shared a picture in which one can see Tiana with Aquaman’s toy, and a drawn picture of him. In his caption, he wrote, “Now this is getting ridiculous... For Tia’s birthday she insisted AquaMan join us for breakfast — and then after we eat, she asked daddy to draw AquaMan so she can FRAME IT and hang it up in her room. Black Adam’s gonna hand out a fresh Aqua Ass Whuppin’ if this disrespect keeps up #happybirthdaytia #aquamanobsessed #dontsleeponmydrawingskills”

Dwayne Johnson gave his daughter a special gift by making a call to Jason Momoa. He shared a video recording of him wishing Tiana for her birthday and she jumped with happiness after the call. In his caption, he wrote, “I had to make the call...it’s what daddy’s do. I can’t thank my brother @prideofgypsies enough for making this adoring 3yr old’s birthday the best EVER. Her reaction is priceless and what it’s all about. I love you back, uso and this kind of stuff will ALWAYS be the best part of our fame. You epitomize one of my favorite quotes, “It’s nice to be important, but it’s more important to be nice”. Thanks for having my back - I’ll always have yours. #ohana #aquabirthday #bestbirthdayever #tia”