'Emily In Paris' star Ashley Park recently revealed how she "freaked out" after seeing BTS' leader RM has reshared her version of the track. 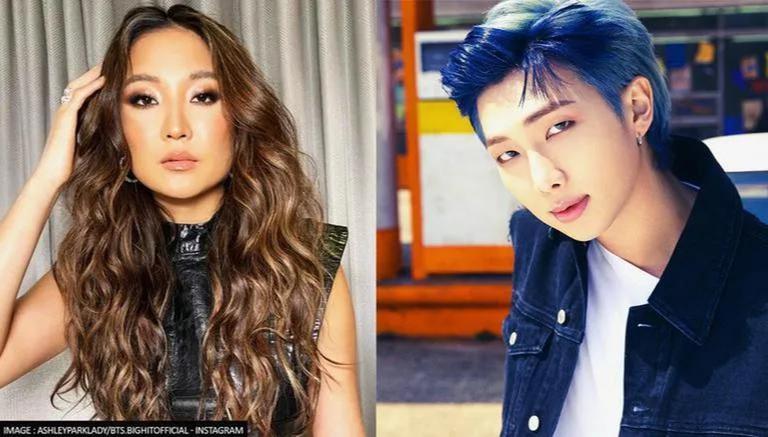 
Emily In Paris star Ashley Park, who plays the role of Emily's best friend and singer Mindy in the show, has often expressed her love for the South Korean boy band BTS via social media. The actor also got a shout out from BTS' leader RM as she sang the band's smash hit Dynamite in the second season of the show. Recently she revealed how she "freaked out" after seeing RM has reshared her version of the track.

As per a report by People, Ashley Park discussed the memorable episode of her life at the panel discussion for the Netflix FYSEE event at Raleigh Studios on Monday, May 16. The Broadway star revealed how she was stunned to see RM's reaction to her rendition of the song. She also revealed how she was excited when she got to know a BTS song will be a part of the show.

She said, "I fully freaked out about that." She added, "Yeah, I didn't expect that at all... I can't believe we got a BTS song onto the show, and then just that they would even watch and also appreciate it and approve it was a really cool full-circle thing." The actor further recalled the time she sang the song and said, "And I hadn't gotten to perform live, especially not in heels, for a long time." "So, that was the first we did that season. It was a nice way back in," she added.

In December 2021, BTS' leader RM took to his Instagram handle to reshare Park's rendition of Dynamite from the Netflix show and wrote, "Wow" in the caption. He could also be overheard giggling in the background. Park was overjoyed to see RM's reaction and soon took to her Twitter handle to react to the same. She wrote, "Honestly still on a high from this. RM giggling and Huh-ing was my peak," and shared the musician's Instagram story.

Honestly still on a high from this. RM giggling and Huh-ing was my peak 🤯🙏 pic.twitter.com/RnAp8ZFOkS

Park also shared her performance from the show on her Instagram handle to thank everyone who loved the scene. She wrote, "Thank you THANK YOU for the outpouring of love for this scene in emily in paris. I’m still pinching myself that I got to sing my favorite @bts.bighitofficial song as Mindy!" She further thanked each and everyone who made it possible for her to sing the song. She also extended her gratitude to BTS fan ARMY for praising her performance.

WE RECOMMEND
'Emily In Paris' star Ashley Park excited as BTS' RM praises her rendition of 'Dynamite'
BTS' RM opens up on band's Grammy nomination, his plans to have kids and more; Read
BTS' RM comforts worried fans after Jin’s surgery news scares them: 'He is really fine'
As BTS' RM faces 'worst day of 2021', ARMY rushes for his help; here's what happened
BTS' RM worries about his career longevity; wants to 'create something timeless'