Emily VanCamp recently shared her feelings about her first audition for Captain America: The Winter Soldier with Chris Evans. Read to know what she said & more. 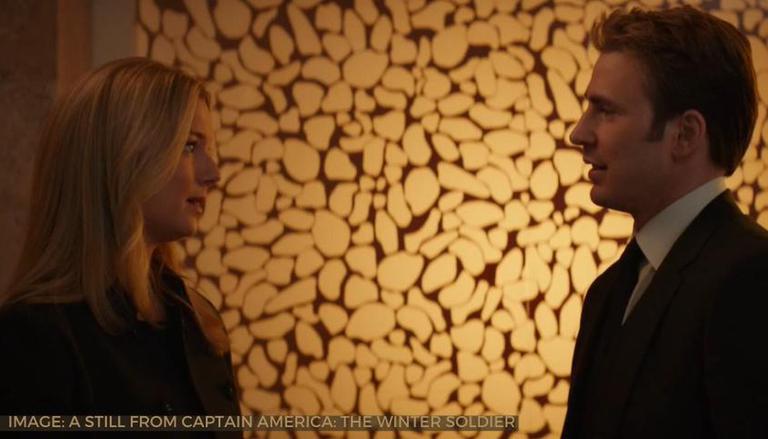 IMAGE: A STILL FROM CAPTAIN AMERICA: THE WINTER SOLDIER


Emily VanCamp plays Sharon Carter in the Marvel Cinematic Universe (MCU). She debuted as a S.H.I.E.L.D Agent in Captain America: The Winter Soldier (2014) and has now become a pivotal part of the superhero universe with her recent appearance in The Falcon and the Winter Soldier. In a recent interview, the actor reminisced about her first audition for the role.

Speaking to Collider, Emily VanCamp remembered her audition for the role of Agent Sharon Carter in Captain America 2. She said that there have been many highs with her character. One that comes to her mind as a "really great experience" was her screen test with Chris Evans that she did years ago for Captain America: The Winter Soldier. The actor recalled being "very nervous" and wondering why she was there. She mentioned that directors Russo brothers were there, she believes producer Nate Moore was there as well along with Chris Evans. VanCamp stated that everyone was "really lovely" and "so kind" to her and she remembers leaving feeling "very nice". She noted that it kind of set up her general feeling about being a part of those films and the MCU in general.

About Emily VanCamp as Sharon Carter in MCU

Emily VanCamp as Sharon Carter has come a long way in the MCU. At first, she was just a S.H.I.E.L.D agent. She then fell in love with Steve Rogers. In Captain America: Civil War, Sharon was shown helping Steve which led to her fallout with the government.

Following Civil War and the Avengers' battle with Thanos, Emily VanCamp as Sharon Carter appeared in The Falcon and the Winter Soldier. She was presented as rogue hiding from the government and helped Sam Wilson and Bucky Barnes. In the finale episode, it was revealed that Sharon is in fact, the main antagonist, Power Broker. During the end credit scene, she was pardoned for her crimes in Civil War and was admitted to the government again. It was then revealed that Sharon plans to sell classified information and assets for her needs. It is expected that she could be a part of the Armor Wars series starring Don Cheadle as James Rhodey aka War Machine. However, no confirmation is made yet as the show is in the early development stage.

IMAGE: A STILL FROM CAPTAIN AMERICA: THE WINTER SOLDIER