The 2019 Primetime Emmy Awards took place on September 22 but was telecasted in India at 5:30 AM. We bring you the live updates and the list of winners for various categories. Read below!

The 2019 Primetime Emmy Awards took place on September 22 but was telecasted in India at 5:30 AM. We bring you the live updates and the list of winners for various categories. Read below!
The Outstanding Drama Series award
4 months ago | September 23, 2019 08:33

The Outstanding Drama Series award goes to Game of Thrones.

Julia Garner wins the award for Best Supporting Actress in a Drama Series for 'Ozark', beating out Maisie Williams, Lena Headey, and Gwendoline Christie from 'Game of Thrones'. 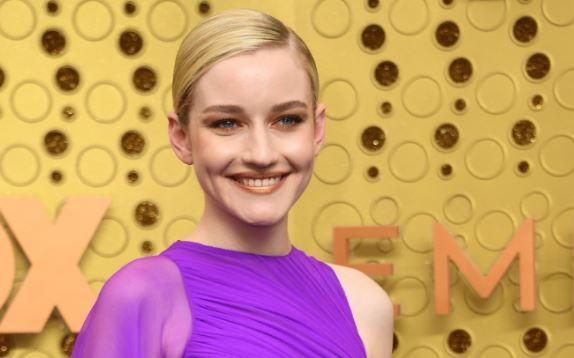 The Outstanding Writing for a Drama Series award goes to Jesse Armstrong for Succession.

Peter Dinklage (@GameofThrones) wins the #Emmy for Supporting Actor in a Drama Series for the second consecutive year! #Emmys pic.twitter.com/7X8sIC74dH

Alfie Allen shared a stunning selfie with the entire cast of 'Game of Thrones' on Instagram. Take a look!

For the uninitiated, the series has received 32 Emmy nominations 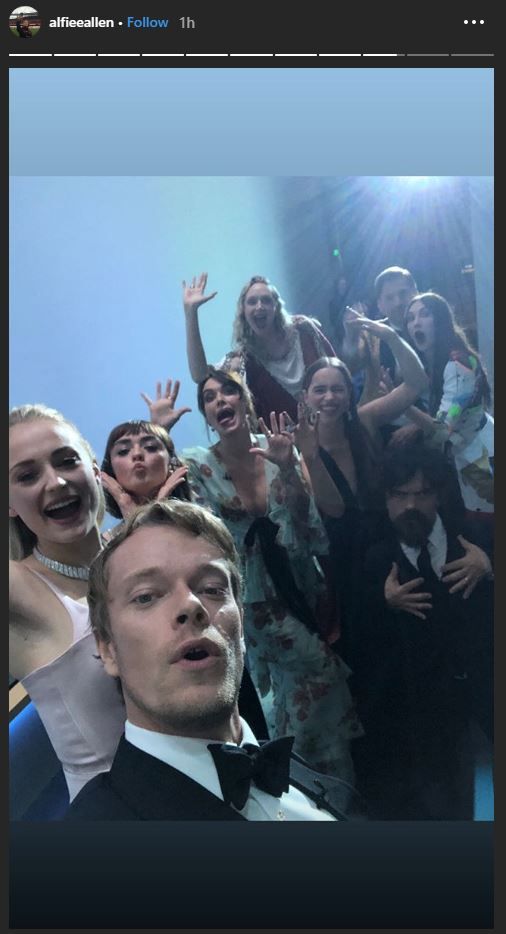 The Best lead actress in a limited series title was awarded to Michelle William, for her role as Fosse Verdon. The show revolves around a failed marriage and life in the entertainment and showbiz industry.

Black Mirror's interactive film, 'Bandersnatch' has won the Best TV movie award. The show paved the path for getting the viewers to participate and interact with the leading actor. 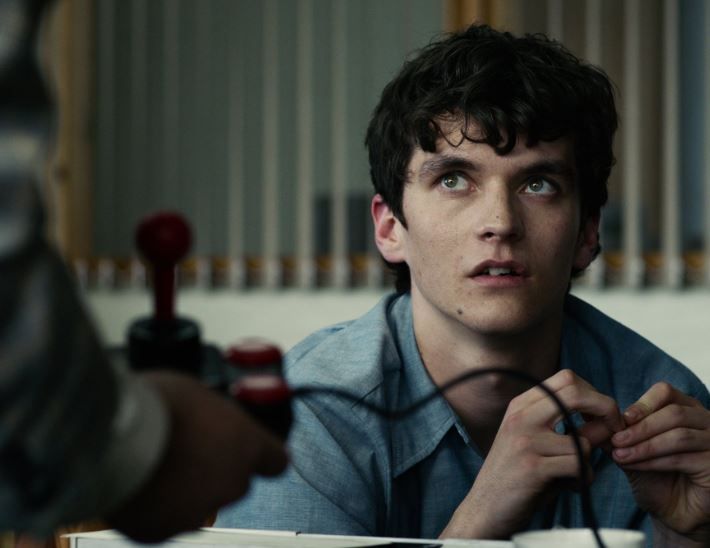 From 'When They See Us', Jharrel Jerome takes home the best actor in a limited series for the Netflix show. The show revolves around five black men who are accused of raping a white woman in New York's Central Park in the 1980s.

Craig Mazin was awarded the best writing for a limited series or movie for HBO's show 'Chernobyl'. The show that is based on the 1986 nuclear disaster, earned Craig a lot of praise from audiences, critics as well as social media.

The starry night saw a win from Ben Whishaw for 'Very English Scandal'. He starred on the show with Hugh Grant. For the uninitiated, the star was awarded Golden Globe award for Best Supporting Actress, as well as the Critics' Choice award. 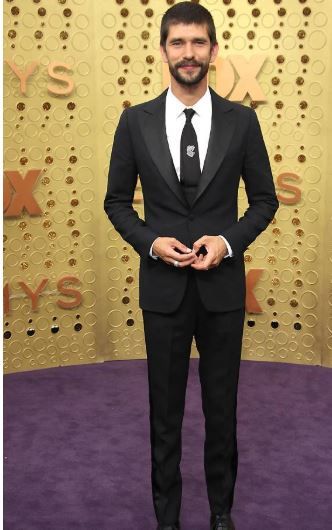 HBO’s 'Chernobyl' received its first award for the night with Best Directing for a Limited Series going to Johan Renck. For the uninitiated, the series can be streamed online through Hotstar. 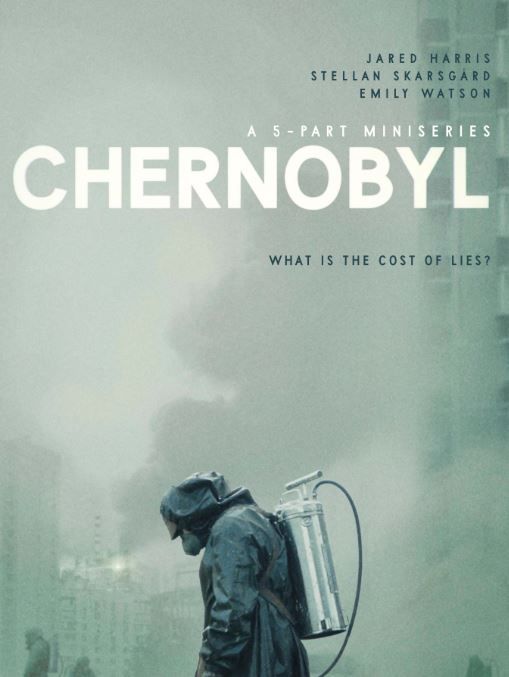 Patricia Arquette has won best-supporting actress in a limited series for The Act.

Patricia Arquette jokes about her #Emmys white dress: "I hope I don't get my period!" https://t.co/nixQ75X9XA pic.twitter.com/TSmFEeVQto

The 'Game of Thrones' cast finally takes the stage and thanks the audience. They are all set to present the Outstanding Supporting Actress in a Limited Series. Sophie Turner, Peter Dinklage, Kit Harington, and Emilia Clarke among others are present. 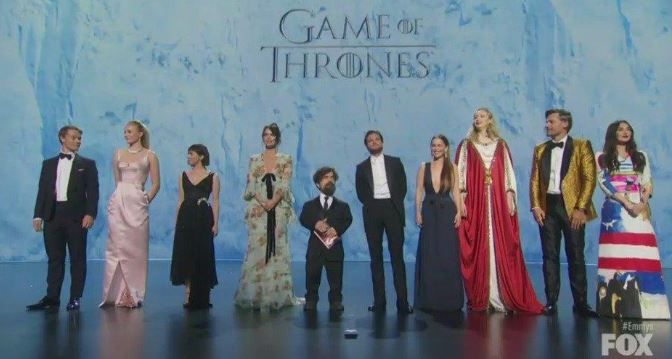 The Outstanding Lead Actress in a Comedy Series award goes to Phoebe Waller-Bridge for her performance in Fleabag."I find acting really hard and really painful but it's all about this," Waller-Bridge said, holding her award. "This means a huge, huge amount to me.", she said.

In the first few minutes of the Award show, Fleabag's creator and writer Phoebe Waller-Bridge took home the prize for best leading comedy actress and best writing for a comedy series

The Outstanding Lead Actor in a Comedy Series award goes to Bill Hader for his performance in Barry. The Outstanding Directing for a Comedy Series award goes to Harry Bradbeer for 'Fleabag'.

Fleabag's creator and writer Phoebe Waller-Bridge took home the prize for best leading comedy actress and best writing for a comedy series."It's so wonderful and reassuring to know that a dirty, pervy, angry and messed-up woman can make it to the Emmys," she laughed, referring to the show's lead character.

The Outstanding Supporting Actress in a Comedy Series award is given to Alex Borstein for her performance in 'The Marvelous Mrs. Maisel'. Borstein dedicated her award to “every woman on the ‘Maisel’ cast and crew,” as well as her grandmother, who is a Holocaust survivor. Though her grandmother was warned that she might be shot if she stepped out of line, Borstein said, she did so anyway. 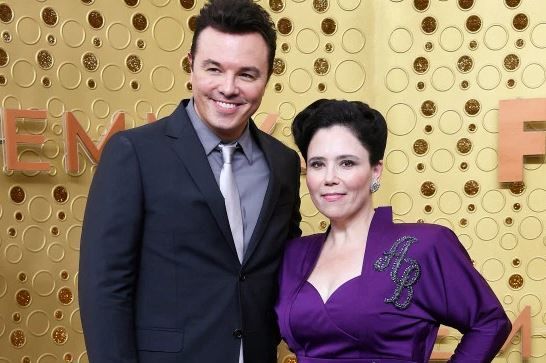 Simply marvelous as @AlexBorstein wins the #Emmy for the second year in a row for Supporting Actress in a Comedy Series for @MaiselTV! #Emmys pic.twitter.com/7ajkz8bi79

The winner of Outstanding Supporting Actor in a Comedy Series award goes to Tony Shalhoub for his amazing performance in the much-loved 'The Marvelous Mrs. Maisel'. For the uninitiated, it is the fourth Emmy for Tony and in case you have given the series a miss, you can find it on Amazon Prime and stream it online!

A glimpse of  'The Marvelous Mrs. Maisel'

The 2019 Primetime Emmy Awards will take place without a host! Yes, it's true! The news was confirmed by Fox Entertainment CEO Charlie Collier. It was in June that the news of producers and the television academy to go without any host this time surfaced.The much-awaited event honours the excellent work of people in the TV industry and is scheduled to take place on September 22, this year.

The last time that the Emmy Awards were held without any host was in 2003 when the show also aired on Fox network.

Talking about the decision to go hostless, Collier said "we've had a lot of names on the board. But the conclusion we've reached is that in this year when we're highlighting so many shows that are going away that it would be a really strategic use of the Emmys to not have a host."

The nominations for the much-anticipated award ceremony were announced in July with HBO fantasy show 'Game of Thrones' making history in 2019 with a whopping 32 nominations in different categories.

This year's Emmy nominations were special for actors like Joey King who bagged her first-ever Emmy nomination for a role as Gypsy Rose Blanchard in the Hulu miniseries 'The Act'.