Enola Holmes film franchise may see Justice League star Gal Gadot at some point in the future. Read on to know more about the development. 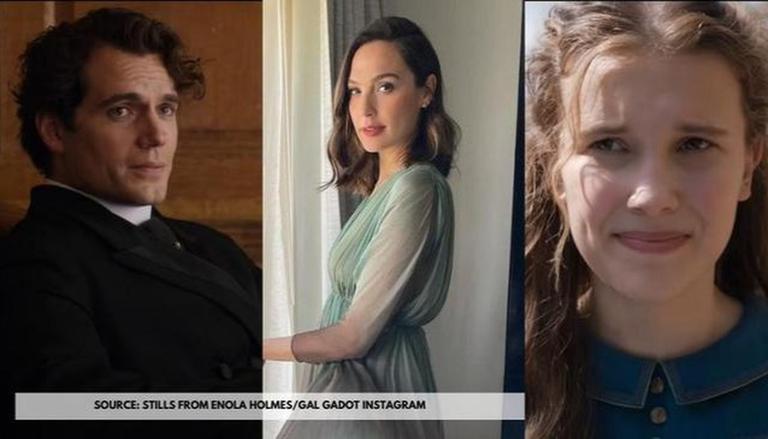 
Netflix may include Hollywood's Wonder Woman, Gal Gadot in Enola Holmes film franchise at some point in future sequels. As per a report on WeGotThisCovered, Netflix is attempting to bring on board the Wonder Woman 1984 star to the film series as a part of pulling off a casting coup. The last time Henry Cavill and Gal Gadot were seen sharing screen space together was in Zack Snyder's Justice League. However, nothing with regards to the involvement of Gal Gadot in Enola Holmes film franchise has been revealed yet.

As reported earlier, Gadot has quite recently wrapped up the principal photography of Red Notice, a Netflix film that also stars Ryan Reynolds and Black Adam star Dwayne Johnson. In addition to the same, Gadot has signed on with Netflix to frontline Heart of Stone, a spy movie that Netflix hopes will be the starting point for an all-female-cast-led action franchise. The deal is expected to make Netflix's relationship with Gal Gadot stronger in the future.

Enola Holmes, which is a Netflix original film that made its streaming debut on 23rd September 2020, tells the story of its titular character who is on the search for her mother. In the film, she can be seen using her sleuthing skills to outsmart big brother Sherlock and help a runaway lord. The film is helmed by Harry Bradbeer and is produced by Mary Parent, Alex Garcia, Ali Mendes, Millie Bobby Brown, and Paige Brown.

Quite recently, Netflix had announced that Enola Holmes 2 is indeed going to be made and will see some of the principal cast members reprise their respective roles. Reportedly, the upcoming film will see Henry Cavill's iteration of the legendary detective in a much more substantial role and it even may explore his bisexuality. As far as Enola Holmes 2 cast and Enola Holmes 2 release date is concerned, nothing is known as yet. Details regarding the same will be shared with the readers as and when they are made available.

READ | If you loved ‘Enola Holmes’, here’s a watchlist curated just for you