Eternals: Angelina Jolie Reveals Her Look As Thena Was A Bit Much For Her Children To Take

Angelina Jolie attended the premiere of Marvel's 'Eternals' with her kids in LA. Jolie revealed that her Eternals look was a bit much for her children to take. 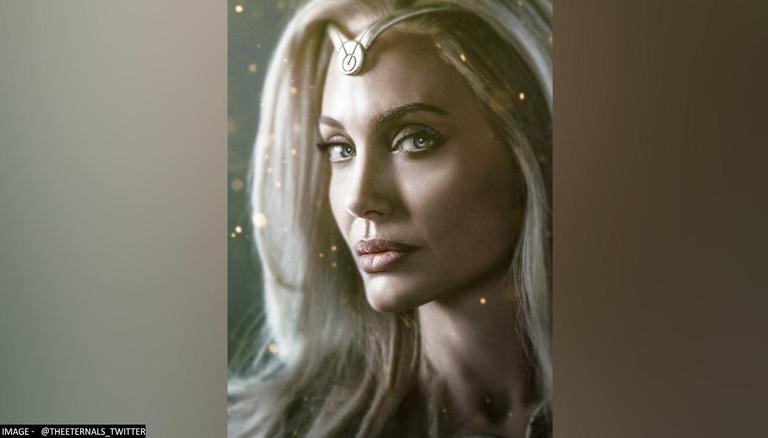 During her candid conversation with ET, Jolie revealed that her Eternals look was a bit much for her children to take. Scroll down to read more.

Angelina Jolie reveals her children's reaction to her Eternals outfit

While speaking to ET at the premiere of Eternals, Angelina Jolie was asked about her children's reaction to her outfit. In response, the actor said that she doesn't know because they 'still haven't seen the movie'. She added as they see their 'mother walking in a full spandex gold outfit with gold hair', they would wonder what does she do for a living and what exactly she is.

In 2019, during her conversation with People magazine, Jolie opened up about her children's reaction to her role in Eternals. She said what really moved her is that they 'want to see her strong'. Thus, 'it is less to see her in a film but they are just happy she will be strong and having fun'. She added that she is going to have to 'work very hard to give the Marvel Cinematic Universe the Thena they deserve.'

READ | Did Angelina Jolie spill the beans on 'Eternals' sequel at the world premiere? Watch

For the special event, Jolie donned a strapless brown gown with matching shoes, gold chin cuff, and kept her hair loose. She went for minimal makeup and added golden bracelets to enhance her look. On the other hand, Maddox went for a black suit, Zahara opted for a shimmery silver dress, and Knox wore a black and green suit. Shiloah was dressed in a beige dress, while Vivienne wore a cream dress.

Eternals will be introducing ten superheroes to the audience. The plot of the film focuses on a group of heroes from beyond the stars who have protected the planet since the dawn of man. When monstrous creatures called the Deviants, which are long thought lost to history, mysteriously return, the Eternals are forced to reunite in order to defend humanity once again. The film is backed by Kevin Feige and Nate Moore.

WE RECOMMEND
Did Angelina Jolie spill the beans on 'Eternals' sequel at the world premiere? Watch
Angelina Jolie seen dining with ex Jonny Lee Miller amid romance rumors with The Weeknd
Angelina Jolie sells her stake in $164 Million Wine Label that she acquired with Brad Pitt
Ahead of its release, Marvel drops new posters of Angelina Jolie starrer 'Eternals'
Angelina Jolie & Brad Pitt reach an agreement over $164 million French chateau
Listen to the latest songs, only on JioSaavn.com