Marvel Studios' star-studded film 'Eternals' was one of the most-awaited films of 2021 is set to arrive on the OTT giant Disney+ Hotstar in January. 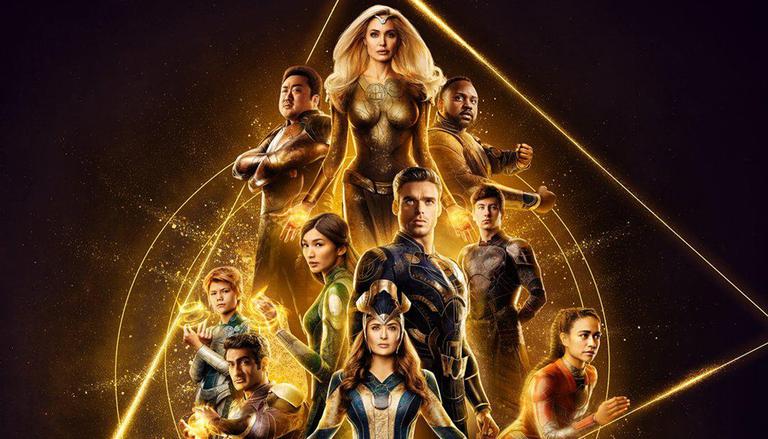 
Marvel Studios' star-studded film Eternals was one of the most-awaited films of 2021 ever since it was announced two years back. The film saw a whole new cast with several Hollywood stars making their Marvel debut. Eternals hit the theatres on November 5, 2021, after several delays due to the COVID-19 pandemic. While fans have been waiting for the film to arrive on the OTT platform Disney+ Hotstar, Marvel Studios recently unveiled its release date.

The OTT giant Disney+ Hostar recently announced that Marvel Studios' Eternals, one of the biggest movies of the year, will start streaming exclusively from January 12, 2022. MCU's new team of superheroes, who have an exciting journey spanning thousands of years, will bring the signature Marvel Studios' action, spectacle and thrill to the OTT platform in English, Hindi, Telugu, Tamil, Malayalam and Kannada. The new year is definitely going to be a treat for all Marvel fans with several shows and movies arriving on the streaming service.

Marvel Studios' Eternals follows a group of heroes who came to Earth from beyond the stars. They have protected the Earth since the dawn of man, for around 7,000 years. When monstrous creatures called the Deviants mysteriously return to Earth, Eternals are forced to reunite and defend humanity. The film answers various questions and unravels many mysteries of the Marvel Cinematic Universe. It also answers why Eternals did not help the Avengers during their fight against Thanos.

READ | Eternals' Salma Hayek gets a star on Hollywood Walk of Fame, dedicates it to fans; See pic

The most awaited Marvel film did exceptionally well on its opening day. It reported Day 1 box office collection reached $30 million. The movie released worldwide on November 5, 2021.