'Black Widow' has been pushed time & again owing to pandemic but that has not dampened peoples enthusiasm. Watch similar action-packed flicks in the meantime 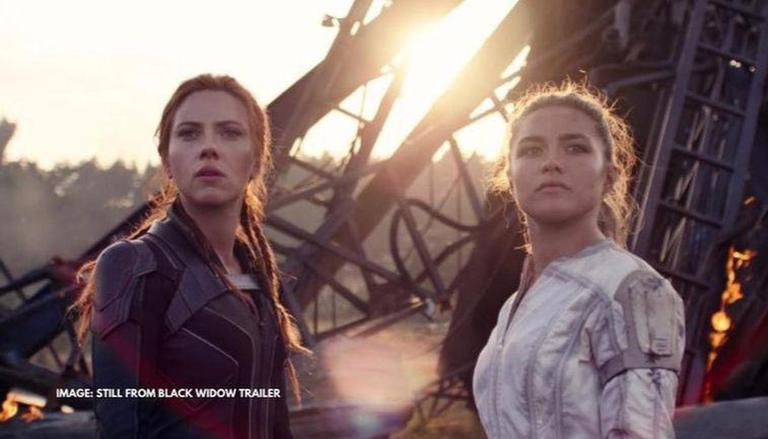 
Black Widow was supposed to be the opening film of the MCU phase 4 but the movie has been continually pushed owing to the COVID-19 pandemic. The film got the hopes of moviegoers high and people are still waiting on the edge of their seat to watch the film. The USP of the film is of course the Black Widow cast that is helmed by Scarlett Johansson. So while the Black Widow release date is set for July 9, 2021, here are a few similar films that you can watch to tide the months away while keeping yourself entertained.

Despite the fact that Black Widow was the very first female hero in the MCU, Captain Marvel was the first female superhero to have her own film. Carol Danvers, a jet fighter rendered into an ultra-powerful hero, is played by Brie Larson, and she embarks on a quest to discover her history with the help of a young Nick Fury. The movie's background in the 1990s is a great deal of fun, and Larson is a great new hero. Carol is much more dominant than Natasha Romanoff, but they both have the same relentless desire to fight for whatever is important.

Underworld is a horror-action movie about a generations-old blood feud involving werewolves and vampires. Selene, played by Kate Beckinsale, is a professional vampire fighter who finds love with a mortal who is being pursued by her werewolf foes. The original premise is a lot of fun and makes for plenty of monster-on-monster action. Beckinsale is a fantastic action star who shines in the film's many thrilling battle scenes. Despite the fact that several sequels followed, none of them could match the fun of the first film.

DC was the first to produce a big-budget female-led superhero film, beating Marvel to the punch. Within this Patty Jenkins movie, Gal Gadot plays Wonder Woman, an Amazonian fighter who saves civilization during World War I. Just after her unforgettable debut in Batman V Superman, Gadot keeps proving herself as a perfect choice for Wonder Woman. Jenkins also wows with her glamorous action set-pieces and a heartfelt narrative that does justice to the iconic character.

Cameron Diaz, Drew Barrymore, and Lucy Liu star as a group of professional private investigators working for the elusive Charlie in this lively remake of the iconic television series. The film takes a lighthearted and entertaining approach to the plot, which is aided by the three leads' excellent chemistry. The film's greatest surprise is how good the action scenes are. The protagonists all do an excellent job with the stylish and imaginative fight scenes, and it all works together to create a really enjoyable action-comedy.

This wild and gruesome tribute to kung-fu movies was created by Quentin Tarantino and the Pulp Fiction leading actor Uma Thurman. Thurman portrays The Bride, a disgruntled assassin who was compromised by her employer and left to die in Kill Bill. She sets out on a never-ending hunt for vengeance after waking up from a coma. Tarantino's film has the kind of captivating dialogue and unforgettable characters you'd anticipate from him, but he also exhibits his tremendous action expertise with some incredible scenes. Thurman is fantastic as the irresistible force at the film's core.