Two weeks after the 'Rust' movie incident, another film set tragedy took place on Thursday, as a crew member of the upcoming 'Indiana Jones' movie died on sets. 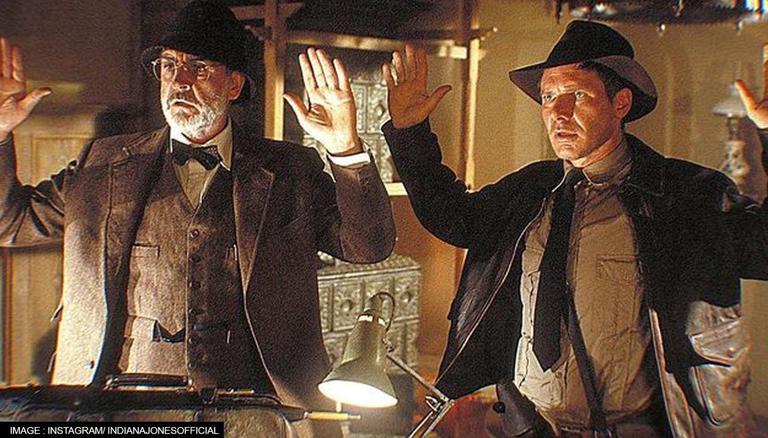 
Two weeks after the Rust film set tragedy, another incident on the sets of Indiana Jones' movie has taken place. As per reports, a crew member on the upcoming Indiana Jones film died on location on November 4. Nic Cupac, 54, was one of the 100 crew members working for the blockbuster sequel, was tragically found dead in his hotel in Fes, Morocco.

As per Dailymail, crew member Nic Cupac, 54, was tragically found dead in his hotel in Fes, Morocco. He had flown out to help with a complicated stunt for the film involving a rickshaw before he passed away. The crew member is said to have died of natural causes. The fifth and final Indiana Jones sequel, which was initially planned for release in 2022 was pushed back to 2023. The production of the movie was halted by three months earlier this year after lead actor Harrison Ford suffered a shoulder injury.

The tragic incident comes two weeks after cinematographer, Halyna Hutchins lost her life on the sets of the movie Rust. Alec Baldwin accidentally misfired a prop gun at the Bonanza Creek Ranch set in New Mexico while shooting for his next movie Rust. Halyna Hutchins, 42, the director of photography, was shot by a prop firearm and was soon airlifted by a helicopter to the University of New Mexico hospital where she was pronounced dead.

Following the Rust movie incident a widespread debate on the use of firearms on film sets. Recently, Dwayne Johnson during his movie Red Notice's world premiere paid tribute to Hutchins and said that henced forth he won't be using real firearms for any of his shots. As per Variety, Johnson said he was heartbroken to learn of the death of Halyna Hutchins on Baldwin's film Rust, "I can't speak for anyone else, but I can tell you, without an absence of clarity here, that any movie that we have moving forward with Seven Bucks Productions -- any movie, any television show, or anything we do or produce -- we won't use real guns at all."