Dave Chappelle has recently made an appearance on stage alongside Foo Fighters, performing the Radiohead hit titled 'Creep'; Here's more 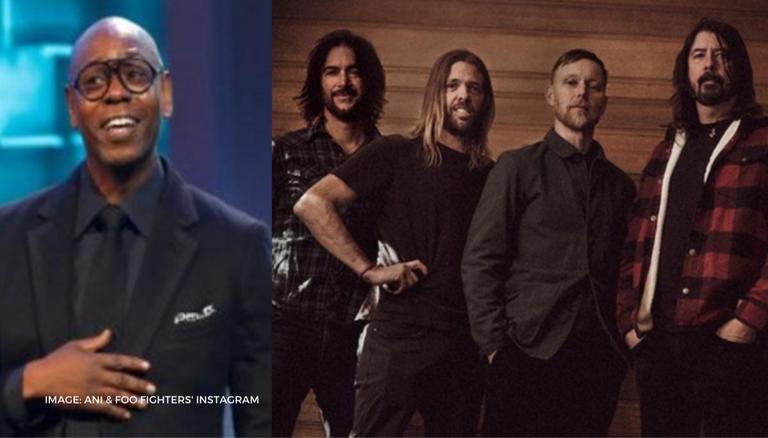 
While Dave Chappelle has been witnessed performing his stand-up acts on stage several times, his recent appearance at Madison Square Garden was one of the rare times that he performed as a singer. He collaborated with famous rock band Foo Fighters on stage in front of a large audience in that venue. One of the highlight moments of his appearance came when he sung the song Creep by another famous band - Radiohead. Here is a glimpse of his performance, along with other interesting details about how this show was conducted amid the pandemic.

The ongoing pandemic has massively affected all kinds of social gatherings, putting a brief pause on musical concerts of all artists and bands. However, as more ane more people are getting vaccinated in the United States, Madison Square Garden was recently opened up for the performance of Foo Fighters featuring Dave Chappelle. His performance on Radiohead’s song Creep took no time in invoking all kind of excited reactions from fans, who cheered him at every turn. While the event was successfully conducted with the presence of a huge audience, certain criteria had to be met before its commencement.

As per Pitchfork, all the members present in the audience had to carry out proof of their vaccination in order to avoid any scope of infection due to crowding. While all the related measures were taken to conduct the event in the safest manner possible, it did not go down well with some people. A group of protestors were present outside the venue to raise voices against the demanding of vaccination proof for this event. Foo Fighters had faced a similar protest at a show that took place in Agoura Hills, California.

Dave Chappelle has also been linked with this band on multiple occasions in the past. He had hosted the episode of Saturday Night Live which witnessed the arrival of Foo Fighters as guests. Dave was recently seen in the documentary The One and Only Dick Gregory which released on June 19. He has also starred in popular films such as A Star Is Born, Blue Streak and more.

WE RECOMMEND
Curtain rises on the Tribeca Festival, and on New York, too
'What Drives Us' trailer review; Dave Grohl calls it a 'love letter to every musician'
iHeartRadio Music Awards 2021: When Sir Elton John commended Lil Nas X for his audacity
Dave Grohl co-hosts ‘The Tonight Show’ with Jimmy Fallon; here's all that they discussed
Foo Fighters reveal THIS song from their album 'Medicine At Midnight' came out as a 'joke'