Lisa Kudrow, in her recent interview, revealed a detail about the Friends Reunion episode that was easy to miss but then became her favourite moment. 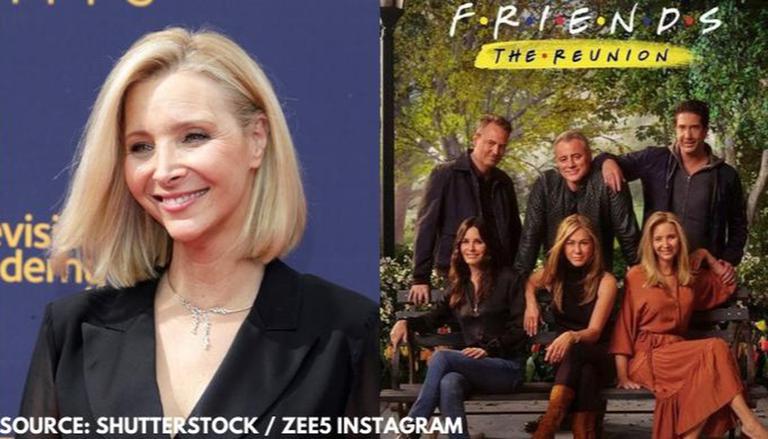 
The Friends Reunion special episode premiered worldwide a week back, on 27 May. Just like the sitcom, the fans also appreciated the reunion episode for the emotions it conveyed. Even the six lead actors of the Friends cast found themselves feeling emotional in this reunion. Actor Lisa Kudrow, who played Phoebe in Friends, in one of her recent interviews revealed a little detail about one such emotional scene, where Matt LeBlanc wiped Courteney Cox’s tears. Lisa said that she might have missed it if David Schwimmer had not pointed it out to her. This tiny moment then became one of her most favourite moments from the reunion.

Lisa Kudrow was in an interview with E! Online, about her Netflix series, Feel Good, which is soon going to premiere on the platform. She was accompanied by Mae Martin, her Feel Good co-star. While talking about Feel Good, Lisa was also asked about the Friends Reunion, and what her favourite moment was from it. To this, Lisa Kudrow said, “Well, Courteney comes in and bursts into tears. And then I grab a tissue - and Schwimmer pointed this out when we were watching it together, Thursday night - I grab a napkin or a tissue and LeBlanc takes it because he is telling us a story and doesn't want to skip a beat and starts dabbing her [Courteney’s] eyes, just on automatic.”

Lisa then added at the end, “That’s who we were,” to convey how close all the six leads of Friends are even in real life. Lilliana Vazquez, the host who was conducting the interview, had also shared that she was not aware that Courteney Cox did not cry easily, but in the reunion episode, the audience also saw her get teary, which later led up to the moment that Lisa Kudrow described. The particular moment appears right within the first six minutes of the reunion episode, when Courteney Cox walks into the set, just after David Schwimmer, Lisa Kudrow, and Matt LeBlanc, and Matt starts reminding her of their set memories.

READ | Mira Kapoor gushes over 'FRIENDS Reunion'; says "could this be any cuter"