Matthew Perry, one of the prominent stars from 'Friends', is all set to come up with his memoir that will reveal details about his battle with addiction. 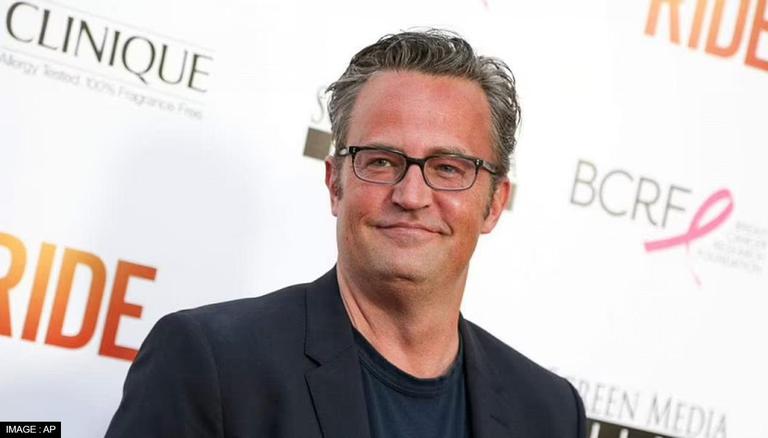 
Matthew Perry, who is best known for his stellar portrayal of Chandler in the American TV sitcom, Friends, will soon be coming up with his memoir. Mathew Perry's memoir will depict his life journey while dealing with drug abuse and other past struggles.

Publisher, Flatiron Books recently made a thrilling piece of announcement for all the Friends' fans that they have acquired the rights to Matthew Perry's forthcoming memoir as reported by E! News. The announcement further revealed that the memoir will be taking the "readers behind-the-scenes and onto the soundstage of the most successful sitcom of all time while opening up about his private struggles with addiction." They further described the memoir as  "candid, self-aware" and "unflinchingly honest" and added that it was the book that Friends fans have been waiting for.

Editor, Megan Lynch mentioned that they were excited to bring his book during a "time of isolation and division" and added, "We need humor, we need catharsis, and we need to agree on something—and Matthew's extraordinary story, told in his inimitable voice, is that thing," according to the report. While the title of the memoir hasn't been revealed, the memoir will be available at the bookstores in fall 2022.

On the other hand, Matthey Perry has earlier opened up about his battle with addiction and his experience at the rehabilitation centre. While speaking to The Hollywood Reporter about his experience at the rehab, he stated that he was an award-winning alcoholic and added that the rehabilitation centre should be getting an award. Perry further stated about his sobriety and revealed that he had ups and downs in life and a lot of wonderful accolades. He also stated that the best thing about him was that if an alcoholic comes up to him and says, ‘Will you help me stop drinking?’ he would say, ‘Yes. I know how to do that’.”

Mathew Perry is one of the most beloved Friends cast members who have received huge appreciation for his portrayal of the character, Chandler. Apart from him, other popular Friends cast members includes actors namely Jennifer Aniston as Rachel Green, Lisa Kudrow as Phoebe Buffay, Courteney Cox as Monica Geller, Matt LeBlanc as Joey Tribbiani and David Schwimmer as Ross Geller.

READ | Matthew Perry splits from fiancee Molly Hurwitz; wishes her all the luck

WE RECOMMEND
Class 9 student, two friends beat up teacher: Police
The One where the FRIENDS' cast reveals their personal favourite episodes
DYK James Michael Tyler, Gunter from 'FRIENDS' worked as real-life Barista?
'FRIENDS' stars pay tribute to James Michael Tyler aka 'Gunther' on his demise
Kim Seon’s friends shed light on his relationship with ex-girlfriend, says star was framed
Listen to the latest songs, only on JioSaavn.com