From SZA To Demi Lovato: 5 Times When Hollywood Celebs Opened Up About Mental Health

SZA to Demi Lovato here are five occurrences when celebrities openly spoke about their own mental health. Read ahead to know more. 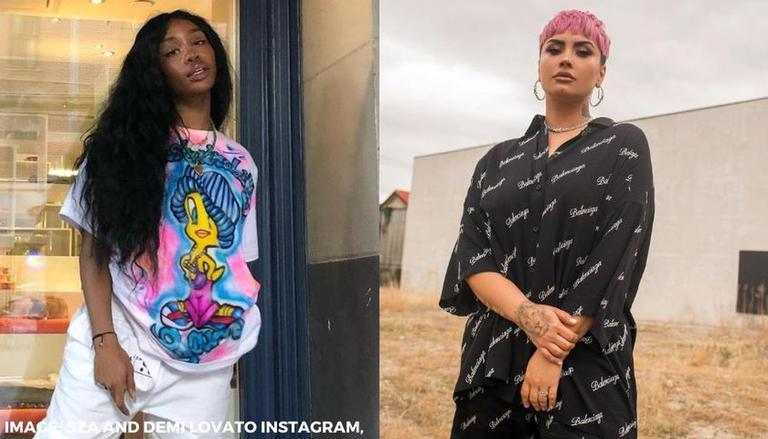 Times when Hollywood celebs opened up about their mental health struggles

SZA, as a singer, has dominated music charts and as beloved artists among fans of music. The singer once posted a series of pictures on Instagram and wrote about how anxiety affected her as she performed on stage. She wrote that she hates being outside more than she can explain. She added that she has been going through debilitating anxiety. In one tweet as well, the singer wrote that she doesn't want to be invited to any functions or outings due to her anxiety issues

The reggaeton singer too opened up about his mental health struggles in a post on Instagram. The singer posted a selfie of himself and wrote a long and heartfelt caption where he spoke about his own mental health and struggles with anxiety. He urged people to seek help if they need it and consoled them, mentioning that he too suffers from anxiety and no one should think it's crazy to suffer from it.

Singer Shawn Mendes too opened up about his struggles with mental health. In an interview conducted by Beats 1’s Zane Lowe, Mendes spoke about his anxiety. He mentioned that he knew people who suffer from anxiety and often found it really hard to understand. However, when he himself was hit with anxiety he didn't know what to do about it. The singer says that the song In My Blood is all about the complete truth.

Demi Lovato spoke to People in an interview and mentioned that she has been living well with her mental illness. She added that she has been functioning like a very happy person. The anger has been vocal about her support for mental health and has since then spoken about the stigma surrounding it.

READ | Demi Lovato shares what helps them start their morning in the ‘best’ way; find out here

Ryan Reynolds recently spoke about his mental health issues through an Instagram post. The actor wrote about his lifelong struggle with anxiety. He assured people that they are not alone and further wrote that one does not do enough to destigmatize all the issues surrounding mental health.