Gal Gadot appealed for peace amid the Israel-Palestine conflict that has made global headlines. The 'Wonder Woman' star disabled comments after receicing flak. 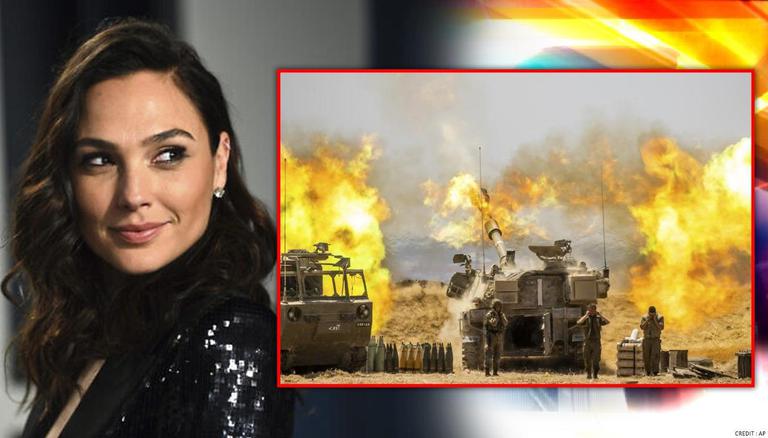 
Gal Gadot called for peace in a strong note amid the conflict between Israel and Palestine on Wednesday. The actor wrote that her ‘heart breaks’ and that she worried for her nation and her near and dear ones. However, her message seeking the ‘unimaginable hostility’ to end and leaders agreeing for a solution received mixed reactions after which she turned her comments off on social media.

Gal Gadot appeals for peace in the Israel-Palestine conflict

Gal Gadot wrote that her country was 'at war' and termed it as a ‘vicious cycle’ that was ‘going on for far too long’. The ‘Wonder Woman star stated that Israel deserved to live as a ‘free and safe nation’ and that its neighbours ‘deserve the same.'

She prayed for the victims and families and for ‘better days.’

Gal received criticism from a section, considering her past as an Israeli Defence forces Fighter, and many comments accused her of being spreading ‘propaganda.' She was also slammed for not using the word Palestine and just using ‘neighbour ' as Gal later disabled he comments on both Twitter and Instagram.

Numerous lives have been lost in the ongoing conflict between Palestine and Israel as Gaza-based militants launched a flood of rockets on Israel since the start of the week. Israel launched airstrikes at Hamas and Islamic Jihad targets in the coastal strip.  Casualties are said to be at least 53 Palestinians and six Israelis, as per the initial reports.