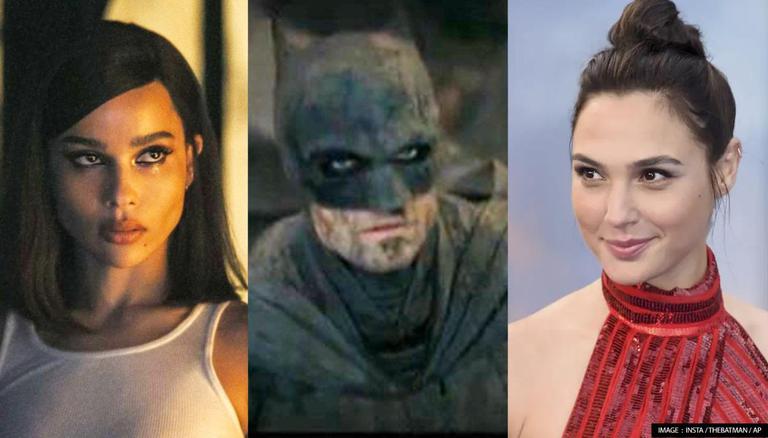 
The new trailer of Matt Reeves' The Batman was released during DC FanDome 2021. The trailer of the movie made it quite clear that director and co-writer Matt Reeves is aiming to deliver a version of the Dark Knight that fans haven’t seen before.

The new trailer of the movie has everyone talking and anticipating the movie more than ever. Wonder Woman star Gal Gadot reacted to the new The Batman trailer and welcomed Robert Pattinson and Zoë Kravitz to DC Extended Universe.

Gal Gadot on The Batman

Gal Gadot earlier shared the screen with Ben Affleck's Batman in Justice League and Batman V Superman: Dawn Of Justice, but Matt Reeves' The Batman will branch off into its own continuity within the DC Universe. Following the launch of the new trailer for The Batman at DC FanDome 2021, Gadot in an interview with Variety said that she was very impressed to see the Dark Knight back on screen.

She said, "Rob looks amazing. I love his voice and I love the whole tone of everything". She also welcomed Zoë Kravitz who will be playing the role of Catwoman/Selina Kyle in DC and said, "I love Zoë. She looks incredible. She's a sweetheart. She's a talented woman. And I'm so happy to have another female as a comrade."

Meanwhile, Gadot is all set to reprise the role of the Amazonian princess in Wonder Woman 3. Director Patty Jenkins confirmed that the upcoming movie was under production during the DC FanDome. Patty Jenkins said that the entire cast was extremely excited for Wonder Woman 3 and explained why Gal Gaddot couldn't be at the event. Jenkins said, "Gal, who's so bummed not to be here, who's the busiest person in the world, with now three little kids and shooting, so she was so bummed not to be able to be here. But we are all three very excited about some exciting things coming up with Wonder Woman 3."