George Clooney recently reflected on his relationship while revealing how many thought that they both will not last long. Read further to know more. 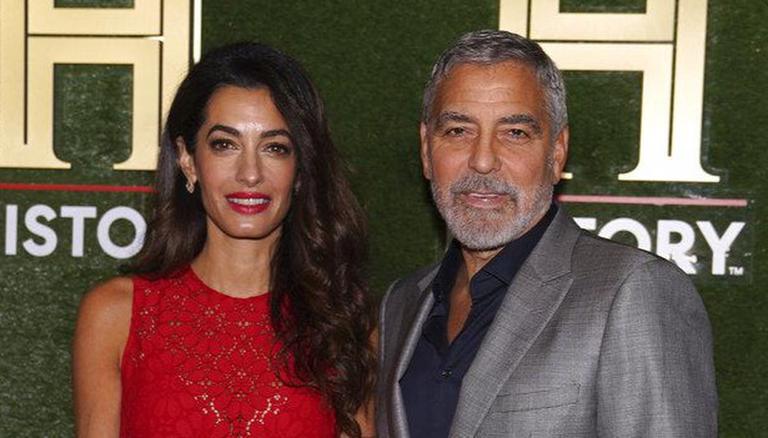 
As the noted actor George Clooney completed eight years of marriage with his wife Amal Clooney soon, he recently reflected on his relationship while revealing how many thought that they both will not last long. The actor recently walked down the red carpet at an event with his wife in Washington, D.C. and talked about the moral values they would like to instil in their 5-year-old twins Ella and Alexander.

According to Entertainment Tonight, George Clooney, who tied the knot in a star-studded Italian wedding on 27 September 2014, talked about his relationship with his wife Amal Clooney revealing how many people speculated that their marriage wouldn't last long. While praising his wife Amal, he stated that everything about her was magical and added how everyone would realise the same as they meet her. Stating further, he even mentioned how there wasn't a downside to her.

"Eight years! And they said it wouldn't last. Everything about my wife is sort of magical, as I think everybody has come to realize as they see her and hear her and hear what she stands for. There's just not a downside to her,” he exclaimed.

As the duo share 5-year-old twins, George Clooney reflected on the moral values he would like to instil in his kids and even revealed the rules of his family. He added, “The same thing I think everybody wants to instil in their kids, really. Which is to pay attention to other people. In my family, the rules were always 'Challenge people with power, defend people with less power.' And if you can do that, you've had a good life."

On the work front, George Clooney was last seen opposite Julia Roberts in the film Ticket To Paradise which was released in the UK on September 20, 2022, and is slated to be released in the United States on October 21, 2022.

READ | George Clooney's 'The Boys in the Boat' ropes in Joel Edgerton, Jack Mulhern & other stars
READ | 'Ticket to Paradise' trailer: George Clooney, Julia Roberts reunite as divorced couple
READ | George Clooney calls his version of Batman the 'best'; 'Ben Affleck's got nothing on me'
First Published: 28th September, 2022 14:43 IST
SUBSCRIBE TO US