George RR Martin's New Book Under Fire As Fans Accuse Co-authors Of Racism; They Hit Back

George RR Martin is set to release his new book 'The Rise of the Dragon: An Illustrated History of the Targaryen Dynasty', Volume One later this month. 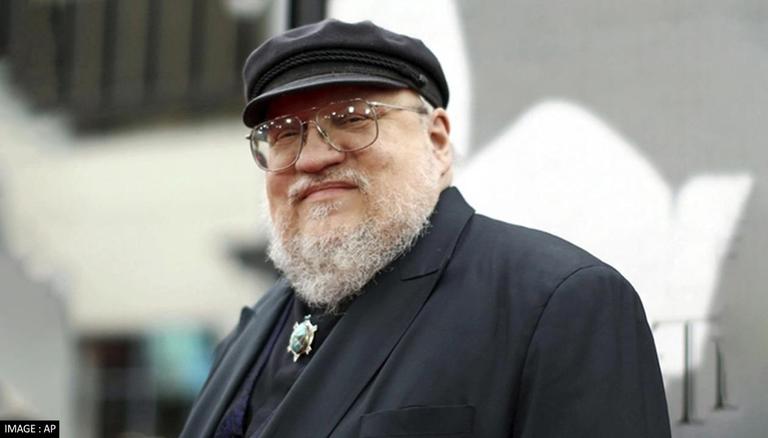 
George RR Martin is set to release his new book The Rise of the Dragon: An Illustrated History of the Targaryen Dynasty, Volume One later this month. Just days ahead of the launch, the novelist is facing heat from fans who've demanded a boycott of the book over 'racist' comments by his co-authors.

As per Variety, the upcoming book is being described as a 'deluxe reference book' for those interested in knowing more about the Targaryens. The latest calls for boycott come due to Martin’s co-authors, Linda Antonsson and Elio M. García Jr, who have been accused of problematic behaviour and a "history of racism"

When Martin promoted his upcoming work on social media last week, it was received with a lot of contempt by netizens who dropped comments like, "I will not be buying anything with Linda and Elio attached to it," while many urged GRRM to sever ties with the co-authors.

Linda Antonsson and  Elio have also broken their silence following the backlash, stressing that they're not racists. For the unversed, Antonsson had earlier mentioned it was a “miscast” to have Steve Toussaint play Corlys Velaryon in House of the Dragon, the prequel series to Game of Thrones. Offering an explanation for her statement, she added, "There are no Black Valyrians and there should not be any in the show."

Antonsson mentioned that her comments were being 'stripped out of context' and added that she's bothered by such negative labels when her only focus has been 'world building'. Explaining her stances, she said, "If George had indeed made the Valyrians Black instead of white, as he mused on his ‘Not a Blog’ in 2013, and this new show proposed to make the Velaryons anything other than Black, we would have had the same issue with it and would have shared the same opinion."

Lastly, Antonsson said she wished fans were boycotting it “because of our actual opinions rather than those they project on us.” She also mentioned that Martin is very well aware of the altercations she and García have had online with fans and hasn't asked them to stop sharing their opinion with the public.