Gigi Hadid took to her IG and dropped a pair of throwback pictures captured during her pregnancy one year ago before the arrival of her first baby. See pictures 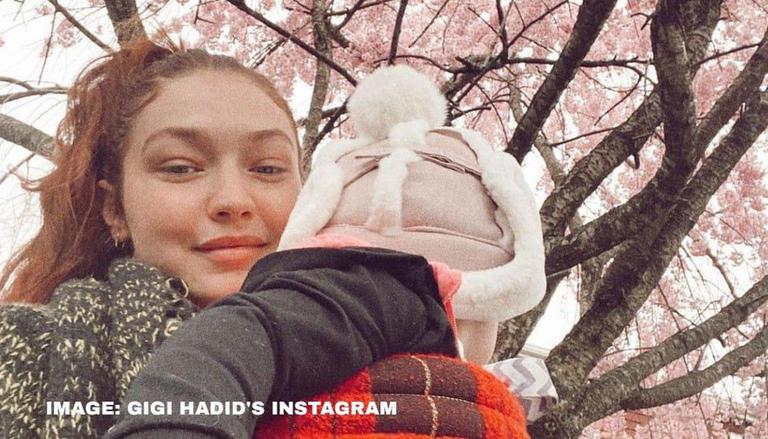 
On May 27, 2021, Gigi Hadid took to her official Instagram handle and dropped a pair of throwback pictures featuring herself. The pair of old pictures were captured during her pregnancy one year ago before the arrival of her first baby, Khai. In the polaroid maternity pictures, she can be seen flaunting her bare baby bump. Sharing them, the supermodel penned a simple caption.

In the picture, the 26-year-old supermodel can be seen dressed in a blue and white striped shirt which she paired with a black sports bra and white satin trousers. She can be seen flaunting her baby bump and striking several poses which capturing the pictures. She went for a no-makeup look and has kept her blonde hair open. As for the caption, she simply wrote, "This week, last year".

As soon as Gigi Hadid's post was up on the internet, many of her fans and followers rushed to drop positive comments. Dua Lipa, who is currently dating Gigi's brother Anwar Hadid, called her "Khai's mamaaaa" with a red heart. Gigi's sister, Bella commented, "by YER sister. Babunuuushiiiiiiiii" with a string of emoticons. Grace Lee wrote, "Such a beauty mama", while Olivia Perez called them, "Two angels" with a red heart. Several other celebrities such as Alana Hadid, Amanda, Danielle Priano, Tan France, Naznin Mandi, and many others dropped lovely comments. 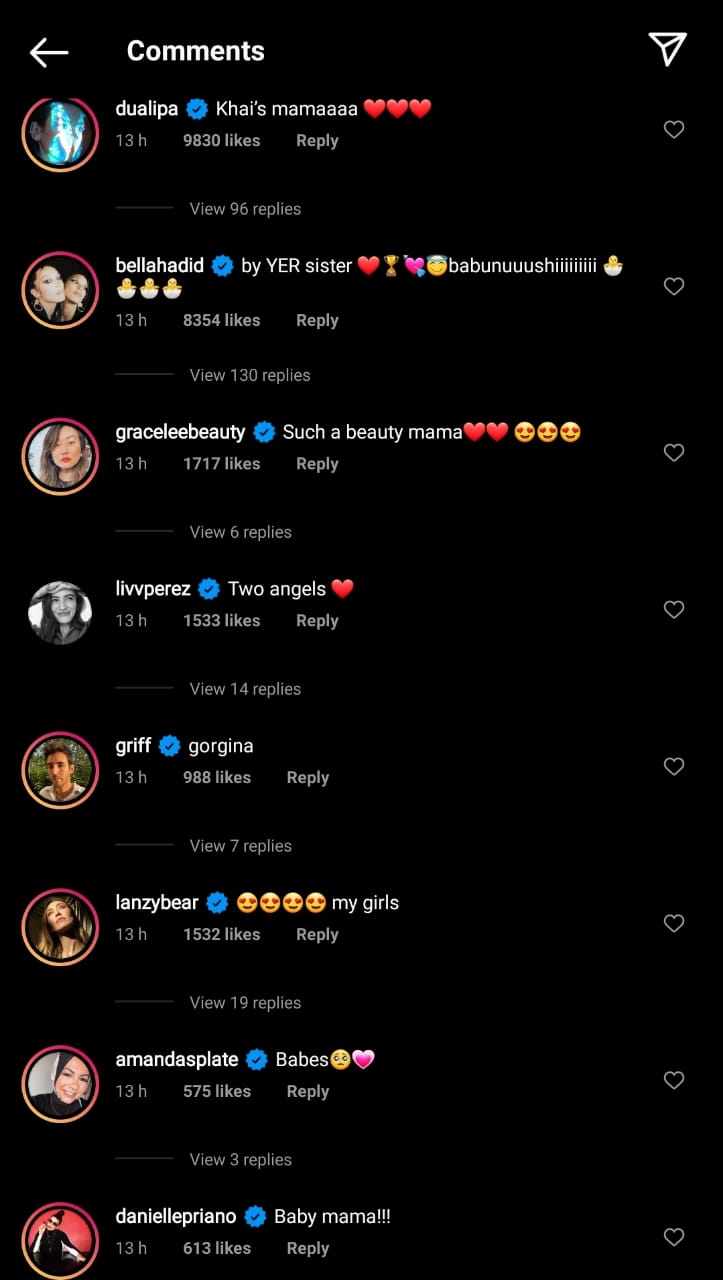 Gigi Hadid's baby is often featured on Gigi's Instagram handle. The supermodel frequently treats her fans to snaps of her quality time with Khai. Recently, she dropped a series of adorable pictures featuring herself and her daughter. The first picture is the blurry one where she can be seen holding Khai in her arms, while the second one shows her enjoying her walk with Khai in the baby pram stroller. The third picture shows the mother-daughter duo sleeping peacefully together. She captioned the post, "The rumors are true: my best friend, purpose, muse, greatest pride & joy! I feel so lucky and inspired bein your mama, my Khai !! An old soul full of sunshine, you light up everyone’s days! Thank you, thank you, thank you" with a red heart.

Gigi shares Khai with her partner and singer, Zayn Malik. Gigi Hadid and Zayn Malik first met in November 2015. They welcomed their first baby in September 2020.