Gigi Hadid recently posted some pictures with her daughter, Khai Hadid Malik while they enjoyed the summer together. Here's how her fans reacted to it. 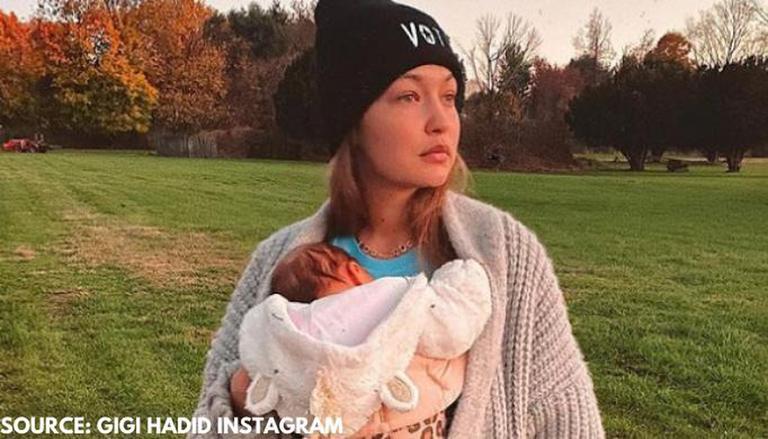 
The American supermodel, Gigi Hadid, recently posted pictures with her baby girl, Khai, while she was enjoying summertime with her. The picture of the mother-daughter duo received a lot of adorable comments from Gigi Hadid’s fans and friends on Instagram. Read on to know more about it.

Gigi Hadid recently posted a series of three pictures on her Instagram, where she is spending time with her daughter and taking pleasure in being in her summer mood. She captioned the picture as ‘inhaling summer.’ As is evident in the pictures, Gigi had dressed Khai in a swimsuit similar to hers, as they spent time together in the pool and laying in the garden. Take a look at the post from Gigi Hadid’s Instagram here:

Just as she posted these pictures, her fans and friends gushed over them and flooded the comment section with loving comments for them. Here are the comments from some of them: 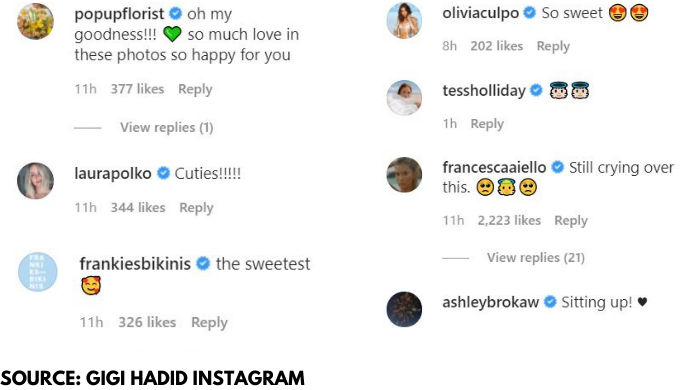 Zayn Malik and Gigi Hadid's daughter, who they named Khai, was born in September 2020. Gigi Hadid had publicly announced her pregnancy in April 2020, when she was on The Tonight Show Starring Jimmy Fallon. Zayn Malik and Gigi Hadid have been in a romantic relationship since late 2015, and the pair have garnered a lot of media attention ever since. They have also collaborated for work together in 2016 when Gigi Hadid starred in Zayn Malik’s official music video for his song, Pillowtalk.

Besides the pictures that she posted today, Gigi Hadid’s photos with her daughter on her Instagram always receive a lot of love. However, despite regularly posting pictures with baby Khai, Gigi has not revealed her daughter’s face on social media yet and has maintained privacy in that matter.

Besides her modelling career, Gigi Hadid has also starred in music videos and made appearances in films. In 2020, she appeared as a guest in an episode of the American cooking competition show, Beat Bobby Flay. She had also guest-starred in a voiceover role in an episode of the animated series, Scooby-Doo and Guess Who? as herself.