The 30-year-old British pop star Ed Sheeran's 'Shape of You' is the most-streamed single and the highest-grossing tour of all time. Read further. 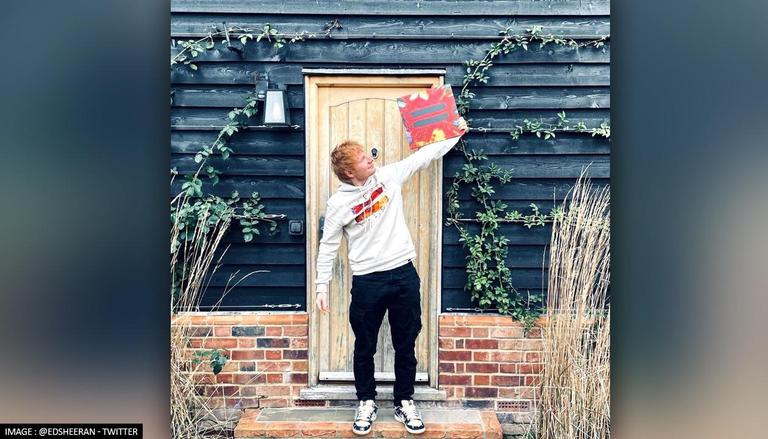 
The 30-year-old British pop star Ed Sheeran's Shape of You is the most-streamed single and the highest-grossing tour of all time, Sputnik reported on Tuesday. Notably, the 30-year-old Grammy-winner recently launched his highly-anticipated album Equals. He has maintained his ranking for the third consecutive year. Also, Shape of You singer has also maintained his crown as the richest British star under 30. Citing the report of Heat Rich List 2021 which is compiled by Heat Magazine, the Russian news agency said the Grammy-winning singer has increased his estimated worth by $36 million.

Earlier on October 24, the British pop star said he has tested positive for COVID-19 and will do interviews and performances from his house. He informed he will be in self-isolation. Sheeran confirmed the news on social media days before his new studio album was supposed to be out. It is worth mentioning, in 2019, Sheeran won the crown after he released his “No.6 Collaborations Project” album in July, featuring collaborations with Justin Bieber, Stormzy, Eminem, 50 Cent and Bruno Mars. Meanwhile, English singer-songwriter Harry Styles has been titled as the second-richest celebrity after Sheeran.

According to Sputnik, his overall fortune is estimated to be £80 million ($109 million). The singer reportedly shot to fame after his band One Direction (1D), an English-Irish pop boy band formed in London in 2010, got an overwhelming response globally. The band is considered to be one of the most successful English-Irish boy bands ever. The group consisted of Niall Horan, Liam Payne, Harry Styles, Louis Tomlinson, and Zayn Malik. Meanwhile, Little Mix-- a British girl group consisting of group members Jade Thirlwall, Perrie Edwards, and Leigh-Anne Pinnock managed to retain the third on the list.

Notably, the group rose to prominence by becoming the first group to win the British version of The X Factor in 2011. While the fourth position is occupied by Niall Horan, followed by model-turned-actress Cara Delevingne in fifth place, reported Sputnik. Other big celebrities like Louis Tomlinson and Liam Payne maintained their positions in the "Heat Rich List 2021" with an estimated worth of £47 million ($64 million).  Other who are included in the "Heat Rich List 2021" are Dua Lipa with £43.5 million ($59 million), Zayn Malik with £38 million ($21 million), and Sam Smith with £36.8 million ($52 million), reported Sputnik.

WE RECOMMEND
Ed Sheeran credits Eminem for motivating him to have healthy work-life balance
British Pop Singer Ed Sheeran tests COVID positive, will do performances from home
Ed Sheeran thinks if he dated wife Cherry in High School, it 'would've been a disaster'
Ed Sheeran opens up on friendship with Elton John; 'he calls me every single morning'
Ed Sheeran thought he was gay during childhood, reveals he has 'definite feminine side'
Listen to the latest songs, only on JioSaavn.com