Guardians Of The Galaxy 3 Is Different From What People Expect, Says Director James Gunn

Director James Gunn opened up about the upcoming movie 'Guardians of the Galaxy Vol. 3' and said that it won't be what MCU fans are expecting. 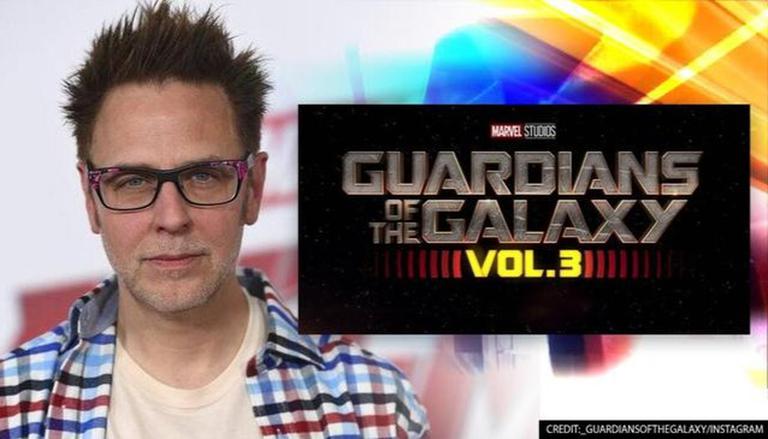 James Gunn says Guardians of the Galaxy Vol. 3 will be different

In an interview with Collider, James Gunn, who has remained tight-lipped about the project dropped a few hints about Guardians of the Galaxy Vol. 3. The filmmaker said that the movie is not what fans expect it to be, "I think that I'm really happy. I gave a bunch of scenes to Marvel right before Christmas break. Kevin [Feige] went... They were all really, really, really stoked."

He added, "But also, it's not going to be the movie people... It's different from what people are going to expect. It's a hard road, but I'm really happy with it so far." The movie stars  Chris Pratt, Zoe Saldaña, Dave Bautista, Vin Diesel, Bradley Cooper, Karen Gillan, Pom Klementieff, Sean Gunn, Sylvester Stallone with  Will Poulter joining the cast as Adam Warlock.

READ | ‘Guardians of the Galaxy’: Fans go gaga over Will Poulter’s ‘glow-up of the century'

The cast kickstarted the shoot of the movie in November last year and shared pictures from the first day of the sets. Sharing the picture Gunn wrote, "It’s been a strange & long & at times challenging journey to get here, but the obstacles along the way have only made this moment more blissful. Back on set with my Guardians family for the first day of shooting #GotGVol3."

READ | Chris Pratt says 'Guardians Of The Galaxy Vol. 3' will be 'worth the wait'

Guardians of the Galaxy 3 release date

Last year Disney announced that they would be pushing back the release dates of a few of their movies. Amidst the delay,  James Gunn confirmed that Marvel studio won't be delaying the release date of Guardians of the Galaxy 3. Gunn via his Twitter wrote, "Nope. #GotGVol3 is neither pulled nor delayed, still scheduled for May 5, 2023. We are scripted & storyboarded, crewed & cast, & READY TO GO in just a little bit here. We’re going to build you guys something beautiful."

READ | Sylvester Stallone all set for comeback to MCU's 'Guardians of the Galaxy Vol. 3'

Nope. #GotGVol3 is neither pulled nor delayed, still scheduled for May 5, 2023. We are scripted & storyboarded, crewed & casted, & READY TO GO in just a little bit here. We’re going to build you guys something beautiful. 🦝🚀🪐💫 https://t.co/sCuQyj5jAA

READ | Guardians of the Galaxy 3 in pre-production, confirms James Gunn; to start shoot in 2021