Guess Which Was The Only Horror Film That Managed To Scare Stephen King?

Author Stephen King is known for his horror, supernatural & crime novels. However, there is this one horror film that he found to be "too creepy". Read on. 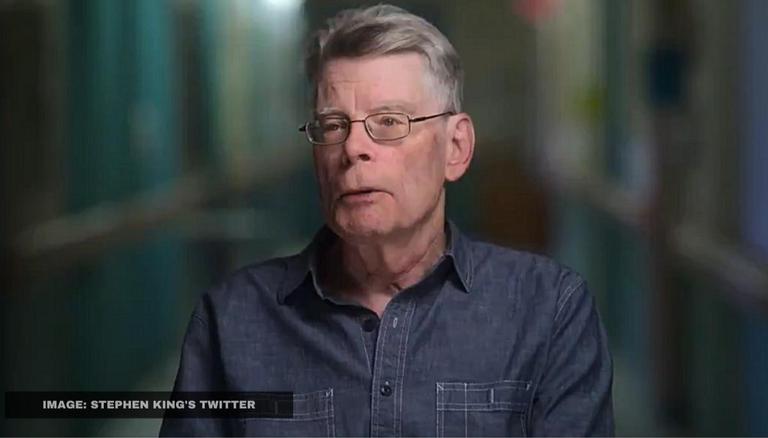 
While Stephen King is known to give his readers a nail-biting experience with his horror, thriller, supernatural fiction, suspense and crime novels for over four decades now, there is one film he had to stop watching halfway because it was "too creepy". During his appearance on Eli Roth’s History of Horror, as observed by Dread Central, the 73-year-old recalled that when he first watched the 1999 film The Blair Witch Project, he was too freaked out to finish it. He also shared an anecdote from back in the day and revealed being "in the hospital and heavily medicated" when his song brought him a VHS tape of the film and told him, "You have to see this".

Over the years, Stephen King's movies, adapted from his novels, including 1992, Carrie, The Mist, In The Tall Grass and IT among many others have succeeded in impressing horror-film fanatics. While his novels and film adaptations have given many chills down their spine, filmmakers Daniel Myrick and Eduardo Sánchez's supernatural film, The Blair Witch Project has been one of the very few horror films, if not the only one, that managed to scare Stephen to an extent that he had to "turn it off" without finishing it. During his interview on Eli Roth’s History of Horror, the award-winning novelist recalled the time when he was admitted to a hospital after meeting with an accident in 1999 and had watched the film for the first time in the hospital.

He said, "The first time I saw The Blair Witch Project, I was in the hospital and heavily medicated." Stephen continued, "My son brought a VHS tape and said, 'You have to see this.' Halfway through, I said, 'Turn it off, it’s too creepy.'" Although his experience with the cult horror movie was spine-chilling in the hospital, he revealed that it had become one of his favourites in his 2010 book,  Danse Macabre. His description read:

One thing about Blair Witch: the damn thing looks real. Another thing about Blair Witch: the damn thing feels real. And because that’s the way it is, it’s like the worst nightmare you’ve ever had, the one in which you woke up from panting and crying in relief because you thought you were buried alive and it turned out that the cat jumped on your bed and fell asleep on your chest.