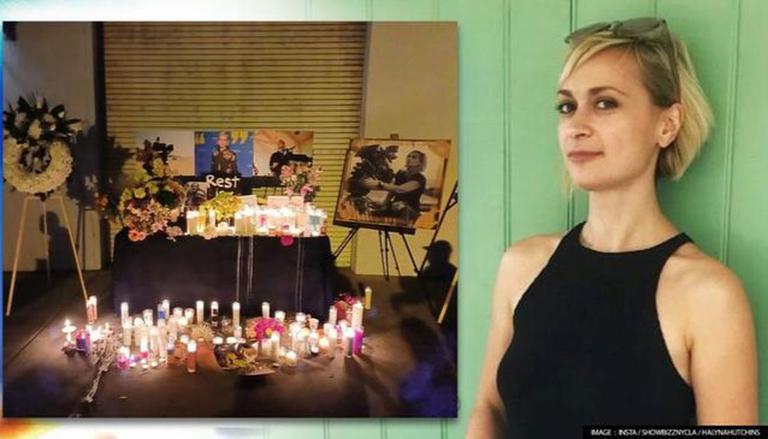 
On October 21, actor Alec Baldwin accidentally fired a prop gun resulting in the death of cinematographer Halyna Hutchins. The incident also injured the director of the movie, Joel Souza. Hutchins, 42, the director of photography, was soon airlifted by a helicopter to the University of New Mexico hospital where she was announced dead. A candlelight vigil was organised to mourn Halyna Hutchins' death, and hundreds of artists joined the vigil and paid tributes.

As per Variety, hundreds of entertainment industry artisans assembled on Sunday evening in the crowded parking lot of IATSE Local 80 Burbank headquarters to pay tribute to Halyna Hutchins. The cinematographer was killed by a prop gun on the New Mexico set of the film Rust.

The incident has triggered a widespread debate on the use of firearms on film sets, with filmmaker James Cullen Bressack saying that he will never use airsoft and rubber guns in his movies after the tragic incident. Other members of the industry also mourned Hutchins' tragic death. Recently, actor Jensen Ackels took to his Instagram and shared pictures of Halyna and wrote, "I’m not even sure where to start. This has been a tragedy of epic proportions that we are all still processing. Earlier last week I felt compelled to tell Halyna just how awesome I thought she was. I told her how incredible I thought her camera shots were and just how exciting it was to watch her and her team work. Truly."

Alec Baldwin, via his Twitter handle, released a statement and expressed his remorse. He wrote, "There are no words to convey my shock and sadness regarding the tragic accident that took the life of Halyna Hutchins, a wife, mother and deeply admired colleague of ours. I'm fully cooperating with the police investigation to address how this tragedy occurred."

He added, "I am in touch with her husband, offering my support to him and his family. My heart is broken for her husband, their son, and all who knew and loved Halyna." The production of the movie has currently been halted in the wake of the incident.

WE RECOMMEND
Alec Baldwin-like 'on the set' accidents that injured Big B & more actors in the past
Crew member: Baldwin careful with guns before fatal shooting
Halyna Hutchins Case: Gun that killed Rust film's DOP used by crew off-set for fun
Alec Baldwin kills Halyna Hutchins with prop gun; Here's all about the cinematographer
‘The Rookie’ show bans live guns on set after Alec Baldwin's prop gun shooting incident
Listen to the latest songs, only on JioSaavn.com