Meghan Markle and Prince Harry’s next Netflix project will focus on a 12-year-old girl’s adventures. The character is inspired by women throughout history. 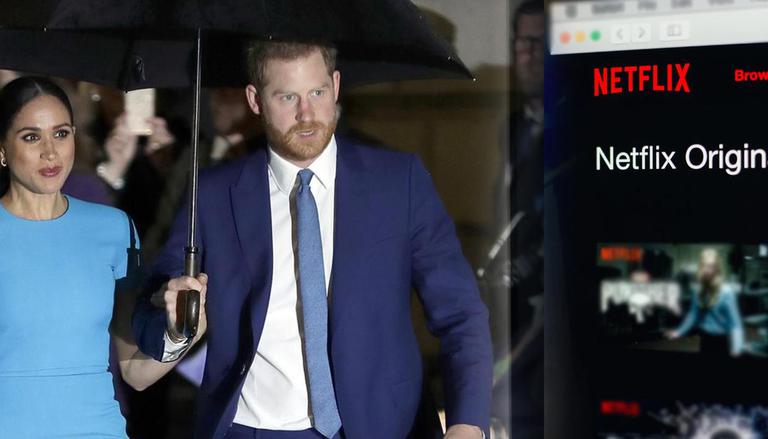 
After quitting their royal duties in Britain, Prince Harry and his wife Meghan Markle, Duchess of Sussex, on Wednesday, announced their second project with an over-the-top (OTT) content platform and production company- Netflix. According to her production company, the story of the animated series will be based on a 12-year-old girl and her family. The series will also be inspired by numerous remarkable women from the past.

The Series will be based on extraordinary women

"I’m thrilled that Archewell Productions, partnered with the powerhouse platform of Netflix, and these incredible producers, will together bring you this new animated series, which celebrates extraordinary women throughout history," Meghan said in a statement. "Like many girls her age, our heroine Pearl (Name of the character) is on a journey of self-discovery as she tries to overcome life’s daily challenges."

Meghan will serve as an executive producer with filmmaker David Furnish, who worked as a producer on 'Rocketman' and 'Sherlock Gnomes'. Earlier, both of them have worked together and created content for the OTT platform Netflix and a Swedish audio streaming and media services provider- Spotify, in which they are producing podcasts. The first project with Netflix will focus on the Invictus Games, which gives sick and injured military personnel and veterans the opportunity to compete in sports.

The couple has been detangling their lives from the British royal family and is living in California. Harry and Meghan Markle — formerly an actor -- married at Windsor Castle in May 2018 and welcomed their son, Archie Harrison Mountbatten-Windsor, a year later. Recently, the couple has been blessed with their second baby in June this year. The birth of the healthy baby girl opens a happy chapter for the couple following a miscarriage in July 2020.