Helen McCrory passed away at 52 due to cancer on April 16, 2021. The Peaky Blinders team and her co-star Cillian Murphy remember her character 'Polly Gray'. 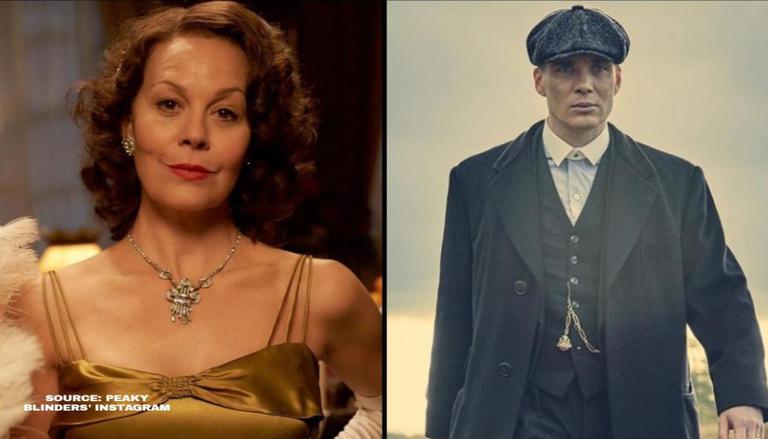 
Helen Mccrory known for her roles in Harry Potter movies and Peaky Blinders has died of cancer at the age of 52 on Friday, April 16. Mccrory's husband and actor Damien Lewis shared the devastating news in a statement on Twitter and wrote "I’m heartbroken to announce that after a heroic battle with cancer, the beautiful and mighty woman that is Helen McCrory has died peacefully at home, surrounded by a wave of love from friends and family". He continued, "She died as she lived, fearlessly. God, we love her and know how lucky we are to have had her in our lives. She blazed so brightly. Go now, Little One, into the air, and thank you." While the industry has been mourning her death, the Peaky Blinders team and co-star Cillian Murphy have sent their tributes through social media.

All our love and thoughts are with Helen’s family.

Mccrory's co-star Cillian Murphy who essayed the role of Tommy Shelby in the series told in a statement to Entertainment Weekly that he was heartbroken to lose such a dear friend. He described Helen to be a "beautiful", "caring", "funny", "compassionate" human being. He added she was a gifted actor and was fearless and magnificent. He revealed she elevated and made every scene humane and every character she played. He said it was a privilege to have worked with a brilliant woman like her and to have shared so many laughs over the years. Murphy ended the note by saying he will dearly miss his pal and send his love and thoughts to Damian and his family.

A look at Helen McCrory's movies and tv shows

Helen McCrory began her career with a theatre play called The Importance of Being Earnest in 1990. She is popular for her stage roles of Lady Macbeth in Macbeth at Shakespeare's Globe, Olivia in Twelfth Night, and Rosalind in As You Like It in the West End. She made her film debut with a supporting role in Interview with the Vampire in 1994, followed by supporting roles in films Charlotte Gray, The Count of Monte Cristo, and Casanova. She essayed the role of Cherie Blair in The Queen in 2006 and later reprised the role in Peter Morgan's follow-up The Special Relationship in 2010. McCrory played the role of Bellatrix's sister Narcissa Malfoy in Harry Potter and the Half-Blood Prince and reprised the role in both parts of Harry Potter and the Deathly Hallows.