From Courteney Cox's b'day wish for Matthew Perry to Shang-Chi And The Legend Of The Ten Rings' release date in India. Here is a Hollywood recap for August 20 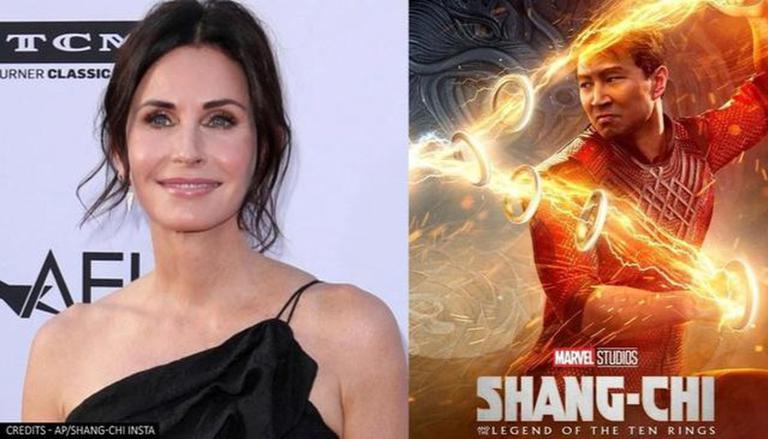 Friends star Matthew Perry (aka Chandler Bing) is undoubtedly the funniest guy the show's fans have witnessed over the years and has impressed the audience with his impeccable taste of humour in the 90s show. Not just fans, but her co-star and on-screen wife Courteney Cox believes that too, as she took to her Instagram on August 19 to wish Matthew on the occasion of his 52nd birthday.

Sharing a sweet message for the actor, she went into Monica Geller style and wrote a message with a Friends connection. In her Instagram stories, Cox wished Perry, calling him one of the funniest people she knows, giving a Monica Geller reference. Read here

Following Marvel Cinematic Universe's Phase 4 plans, Shang-Chi and the Legend of the Ten Rings are gearing up for a worldwide release. After getting hit by the pandemic, many Marvel Studios' movies got a digital release on Disney Plus. However, Shang-Chi will be seen taking the traditional route by opting for a theatrical release across the globe. Check out Shang Chi's release date in India here.

American actor-writer and filmmaker Mindy Kaling recently recalled her journey about embracing her body, the struggles she went through and the lack of diverse body types in Hollywood. In a detailed conversation on Good Morning America, Kaling opened up about the 'devastating' point in her life when she felt self-conscious about her body.

This happened when she was working as a writer and actor around 25 years ago. She mentioned that one of her co-stars on the show suggested that her character could reduce 15 lbs. This was the moment that hit Mindy, as the 42-year-old stated how someone called her out on her biggest insecurity, leaving her devastated. Read here

The Black Mafia Family is here! Starz has just launched the first trailer for the upcoming series, BMF, which has been produced by popular rapper 50 Cent. Moreover, BMF will star another major rapper whom the fans are eagerly waiting to see on the screen, Marshall Mathers aka Eminem. Read here

Hong Kong’s granting of a quarantine exemption to Hollywood star Nicole Kidman was drawing criticism from lawmakers as the city tightens entry restrictions for international travellers to control the coronavirus spread. Kidman, who reportedly flew to Hong Kong last week from coronavirus-hit Sydney, was exempted from a weeklong quarantine and was spotted in the city this week filming a new Amazon Prime Video series titled Expats, according to local media reports. Read here

WE RECOMMEND
Nicole Kidman talks about how she wanted a big family with '10 kids'
'Shang-Chi' to debut on Disney+ 45 days after its theatrical release; read details
'Shang-Chi and the Legend of the Ten Rings' set to release in Indian theatres on Sep 3
'Shang-Chi' to be first Marvel Studios movie to get theatrical release in two years
Nicole Kidman receives backlash after evading Hong Kong's quarantine to shoot 'Expats'