'Hotel Transylvania: Transformania' Trailer Is Out; Dracula Turns Into Human In This Film

'Hotel Transylvania: Transformania' trailer was released by the makers. The upcoming trailer showcases how Dracula has transformed into a human. 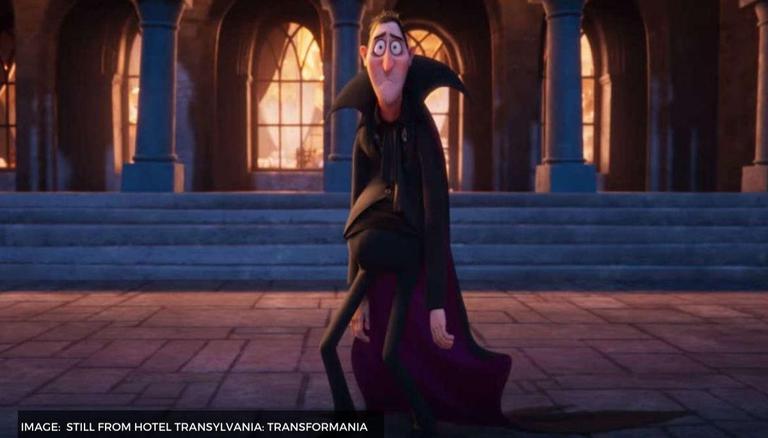 On May 17, 2021, the makers of the franchise finally dropped the trailer of the upcoming fourth instalment. The film will be directed by Jennifer Kluska and Derek Drymon. The trailer looks hilarious as the monsters and humans switch their roles. In the trailer, one can see Johnny wants to be a monster to impress Count Dracula aka Drac. However, when he turns into a monster, it creates havoc in Hotel Transylvania transforming many other monsters into humans including Drac. Drac and Johnny will then head out to find a solution for the same.

Genndy Tartakovsky will return as the screenwriter and executive producer. Hotel Transylvania: Transformania cast features Selena Gomez portraying the role of Drac's daughter, Mavis. She will also be the executive producer for the last instalment. Brooklyn 99 actor Andy Samberg will also be seen reprising his role as Johnny Loughran. However, Adam Sandler who was previously seen voicing Dracula in the first three films will not be returning for the final part. Drac will be voiced by Brian Hull in a similar manner. Hotel Transylvania: Transformania's release date hasn't been revealed yet. However, the film will release in July 2021.

More about the Hotel Transylvania franchise

The Hotel Transylvania supporting cast usually features Kevin James as Frankenstein, Steve Buscemi as Wayne, David Spade as Griffin, Fran Drescher as Eunice and Molly Shannon as Wanda. The first film of the franchise released on September 28, 2012, and ever since then, the franchise has been entertaining the audience with 2 new parts. It also aired a TV show in 2017 on Disney Channel which was a prequel to the films. It showcased the teenage life of Mavis and featured the same cast as before.

READ | Selena Gomez hints at new album with picture of 'SG3' on Insta story; fans go gaga over it