How And Why Did Sung Kang's Character Han Lue Die In 'Fast & Furious'?

Sung Kang's character Han Lue died in The Fast and the Furious: Tokyo Drift. The later movies in the Fast & Furious franchise reveal secrets behind his death. 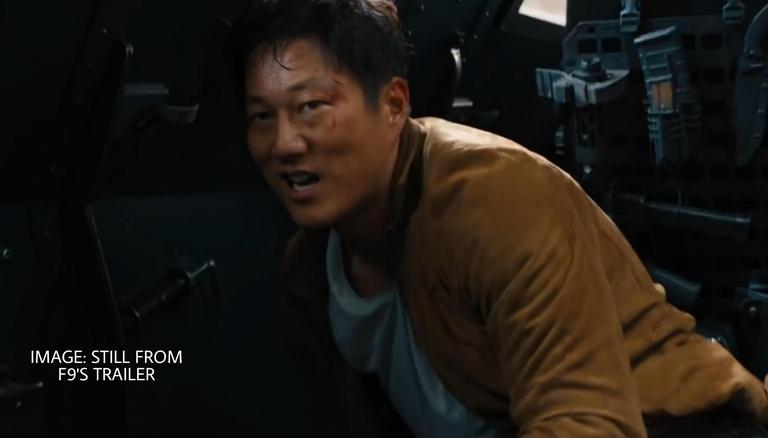 
Fast & Furious has become one of the biggest blockbuster franchises with 8 films released so far and the 9th instalment F9 released on May 19, 2021. The 10th and the final film is also being planned, however, there are rumours there will be another addition to it in The Fast Saga. In the third instalment of the franchise The Fast and the Furious: Tokyo Drift introduced Sung Kang as Han Lue, who later dies in the climax of the know. Know about how and why Han Lue die in Fast & Furious-

How and why did Han Die in Fast & Furious?

Sung Kang first essayed the role of Han Lue in Justin Lin's Better Luck Tomorrow and he has the same origin story in The Fast and the Furious: Tokyo Drift. According to CBR, Han Lue uses his newfound wealth to start a garage and purchases various expensive cars to store in his space. He then befriends Takashi who is the nephew of a local Yakuza boss. He gets in trouble with Takashi and his uncle Kamata when they come to know about his association with the foreigner Sean and also because he stole money from the family.

Takashi then confronts Han for the stolen money and he does not defend his actions. When Takashi gets distracted by Neela's presence, Han runs out and drives away in his car. Takashi and his friend run after him in their car but they could not catch up with him. When Han reaches the intersection of the road, his car gets t-boned by a Mercedes S-Class and he could not escape the car and is killed in the explosion. Boswell accuses Takashi of killing him but it is revealed later that he had nothing to do with it.

The sixth instalment in the franchise, Fast and Furious 6, catches up with the events of Han's death. During the post-credits scene of Fast and Furious 6, Han's death is replayed and it was revealed that he was intentionally hit by a mysterious man, played by Jason Statham. In Furious 7 it is revealed that Han was killed by Owen's brother Deckard Shaw who drove the car that crashed into Han's and caused death.

According to CBR, Shaw finds information on the whereabouts of Dom and his crew at the beginning of Furious 7. He engages in a brawl with Luke Hobbs and escapes when he detonates a bomb to injure Hobbs. The film shows that Shaw finds out Han had broken away from the group and he lived in Tokyo by himself. Knowing he alone he decides to take down Han and strikes his car. He calls Dom and tells him he will be coming to finish the job. Sung Kang's character is likely to resurrect in the latest instalment of the franchise.