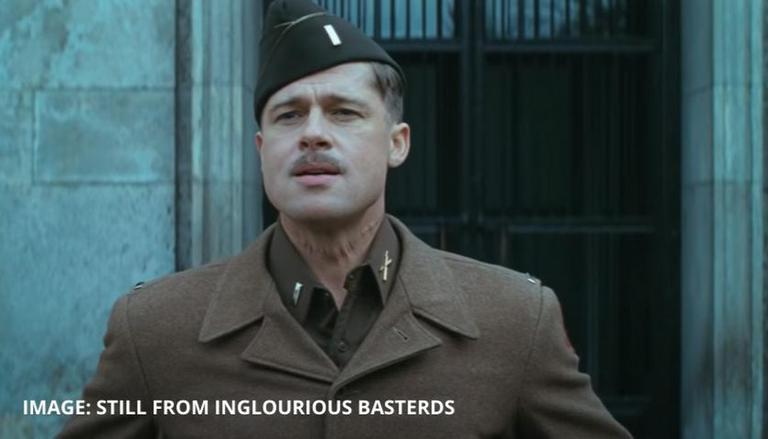 
Brad Pitt in 2009 featured in the lead role in celebrated filmmaker Quentin Tarantino's epic war film Inglourious Basterds. The movie received widespread critical acclaim and was Quentin's film with the most Academy Award nominations (eight) until Once Upon a Time in Hollywood (2019), which earned ten. But did you know that Brad Pitt was hesitant to take up the role?

How Brad Pitt accepted his role in Inglorious Basterds

The actor will next be seen in the action thriller movie Bullet Train. The film is based on the novel Maria Beetle by Kōtarō Isaka. It features an ensemble cast of actors like Joey King, Andrew Koji, Aaron Taylor-Johnson, Sandra Bullock, and Lady Gaga led by Brad Pitt. The movie follows five assassins who find themselves on a Japanese bullet train, understanding that their individual assignments are all interconnected. Pitt will also be producing a biographical drama film based on Marilyn Monroe's life titled Blonde.

Pitt was last seen on the big screen in 2019 in the psychological science fiction movie Ad Astra. In the same year, he was seen in Quentin Tarantino's comedy-drama Once Upon a Time in Hollywood. The movie features a large ensemble cast led by Leonardo DiCaprio, Brad Pitt, and Margot Robbie.

WE RECOMMEND
Brad Pitt to produce a feature film on Harvey Weinstein starring Carey Mulligan, Zoe Kazan
When Brad Pitt slept through a hurricane while it wiped out his house!
When Brad Pitt ad-libbed a dialogue in 'Once Upon A Time In Hollywood'
Brad Pitt convinced Italians that George Clooney was a diva during 'Ocean's Twelve' shoot
Brad Pitt excited for ‘fresh start’ with his kids after getting joint custody