How I Met Your Mother's spin-off series, How I Met Your Father, has finalized the main cast for the upcoming show. Here's all we know about it - 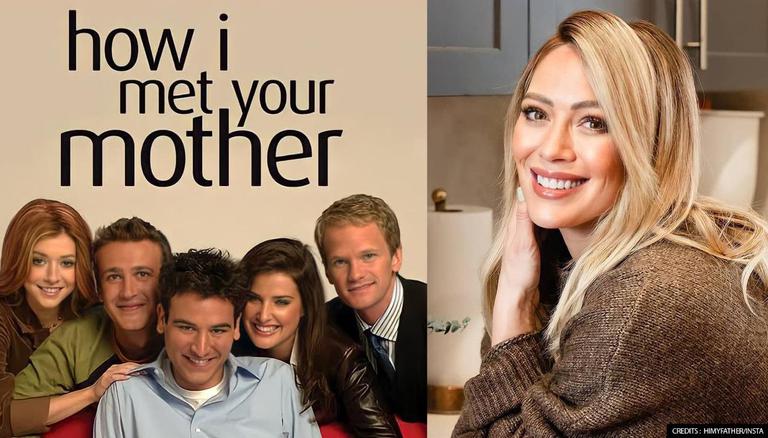 IMAGE - HOW I MET YOUR FATHER FAN PAGE


Hulu's upcoming and highly anticipated How I Met Your Mother spin-off series has an update for fans! The upcoming series which will be titled How I Met Your Father has finally rounded up the cast for the series. Read on to find out what the series is about and who all will star in it -

A post shared by how i met your mother (@howimettyourmother)

How I Met Your Father plot and more

According to a report by THR, Hulu's How I Met Your Father will consist of 10 episodes. Craig Thomas and Carter Bays who created the original show will serve as executive producers for the spin-off. Isaac Aptaker and Elizabeth Berger, who exec produced This Is Us together, are set to be showrunners for How I Met Your Father.

The duo will also executive produce alongside Bays and Thomas with the original series, How I Met Your Mother, director Pam Fryman on board in the same role. Hilary Duff, who also serves as a producer, will star in the series as Sophie, who tells her son the story of how she met his father. Hulu's official description for the series is:

READ | Josh Radnor debuts as musician with EP, opens up on breaking 'How I Met Your Mother' image

The series revolves around Sophie and her close-knit group of friends who are in the midst of figuring out who they are, what they want out of life, and how to fall in love in the age of dating apps and limitless options.

Got to see the entire #HIMYF cast all together for the first time today...(SPOILERS: They're a goddamn delight.)

Hilary Duff  - Fan-favourite Lizzie McGuire aka Hilary Duff will star in the series as the main character, Sophie. The actress also serves as a producer for the series. The series is set from Sophie's POV, as she explains to her son how she met his father.

Chris Lowell - Lowell will play the character of Jesse, an aspiring musician who works as an Uber driver to make ends meet. He’s described as "having an edge and cynical about love and who lives with his best friend, Tom".

Francia Raisa - Dear White People star, Francia Raisa will play Valentina, Sophie's roommate. The report describes Raisa's character as "an aspiring stylist and Sophie’s great friend. She’s impulsive and adventurous, and Sophie relies on Valentina’s ability to cheer her up when she gets down. Valentina has just returned from London Fashion Week with the gorgeous Brit Charlie.".

Tom Ainsley - Tom will play the aforementioned Charlie, "an aspiring model who fell in love with Valentina at London Fashion Week and who followed her to New York. The son of conservative aristocrats, Charlie’s a great guy, but he’s been living in a rich person’s bubble his whole life.".

Tien Tran - Space Force actress, Tien Tran, will portray Ellen "Jesse's adopted sister who just moved to New York from a small farming town after separating from her wife. Ellen is more comfortable on an organic lettuce field than in a Brooklyn dive bar.".

This cast is legen -- wait for it -- unique and totally its own, distinct new show, so I'm actually gonna bail on the #HIMYM reference! Very excited and honored to be part of this team! #HIMYF https://t.co/hr4wz2xTR5

IMAGE - HOW I MET YOUR FATHER FAN PAGE

WE RECOMMEND
'How I Met Your Mother' spinoff gets series order at Hulu with Hilary Duff as the lead
Hilary Duff reveals the real reason the 'Lizzie McGuire' reboot was cancelled
IN PICS: Priyanka Chopra's Met Gala 2019 look creates viral storm & Nick Jonas gets compared with Littlefinger from Game of Thrones