Meghan Markle and Prince Harry are staying in California, USA. Therefore, they took to a digital means to introduce their daughter to Queen Elizabeth. 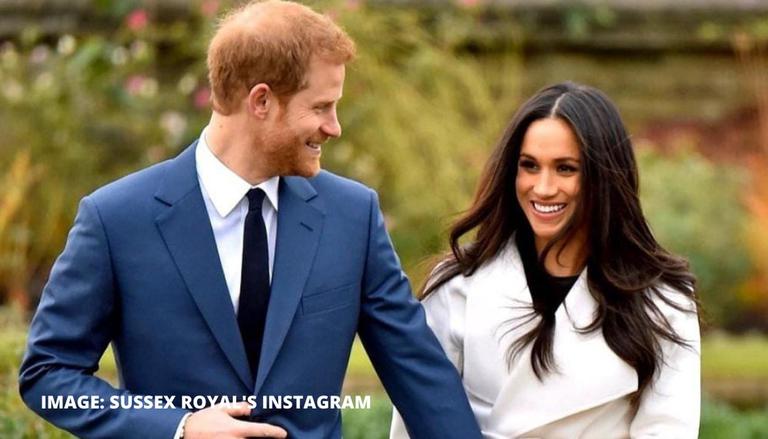 
Meghan Markle and Prince Harry welcomed their second born on June 4, 2021. The couple announced the arrival of the baby girl through their official website on June 6. The couple has named their daughter Lilibet Diana in honour of the baby's great grandmother and grandmother. While the couple is staying in California, USA, they took to digital means to introduce her to Queen Elizabeth.

Meghan Markle and Prince Harry introduce Lili to the Queen

As per a report by People, Meghan Markle and Prince Harry's aughter was introduced to the monarch, Queen Elizabeth, via video call. Lilibet Diana met the Queen shortly after she came home with her parents in California. People also reported that the couple was very excited to share the news of their daughter's arrival. The two are staying in Santa Barbara in California with their children.

According to E! News, Meghan and Prince Harry's firstborn, Archie, was delighted to welcome his baby sister. The couple prepared their son for becoming an elder brother ahead of Lilli's arrival.

READ | Maheep Kapoor takes a dig at Prince Harry & Meghan Markle's interview, says 'Get over it'

Apart from the Queen and little Archie, Prince Charles also seemed delighted about Lili's arrival. He called it a happy news during his appearance at the Mini Cooper Factory in England. The Prince expressed his excitement about green-energy vehicles as he became a grandfather for the fifth time.

READ | Piers Morgan reveals that having Meghan Markle as his ‘enemy’ is good; read details

Meghan Markle and Prince Harry named their baby daughter Lilibet Diana. They named her in honour of the Queen and Princess Diana. Queen's family affectionately nicknamed her Lilibet. Their daughter's middle name Diana honours Prince Harry's late mother Diana, Princess of Wales. She died in a car accident in 1997, at the age of 36.

The couple announced the birth of their daughter on June 6, 2021. They released a statement through their website. Their official statement read, "On June 4th, we were blessed with the arrival of our daughter, Lili. She is more than we could have ever imagined, and we remain grateful for the love and prayers we’ve felt from across the globe. Thank you for your continued kindness and support during this very special time for our family".