Hugh Jackman dances around the room to a Jennifer Lopez song as he completes day 7 in quarantine. Read on to see the post and know more about him. 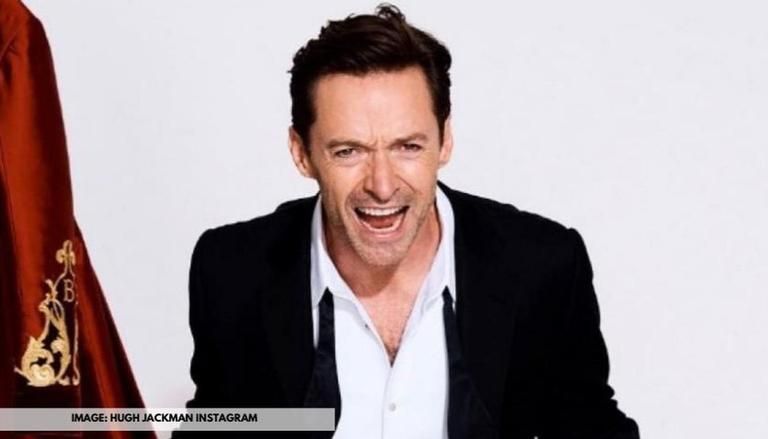 
Hugh Jackman's Instagram family quite recently learned that the actor has completed his seventh day in quarantine. In order to celebrate the same via a post, the Logan actor shared a video on his Instagram which sees him express his thoughts regarding completing a whole week in Quarantine, which, as per him, is making him "dance around the room' to Jennifer Lopez. The Instagram stories text post is accompanied by one of Jennifer Lopez's hit musical numbers as its background score. 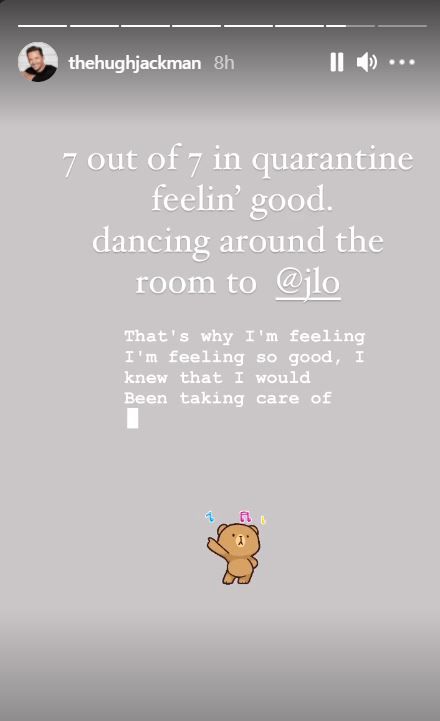 It is a known fact that Hugh Jackman likes to keep his fans and followers entertained in various ways. Occasionally, he does the same by sharing videos with Deadpool star Ryan Reynolds, with whom he reportedly has had a "feud" ever since the release of the first Deadpool film. Sometimes, the actors share videos of themselves that sees them trash-talking to the other co-star. One time, Hugh Jackman and Reynolds released a video known as "truce". For the uninitiated, Jackman owns a coffee brand known as "laughing man coffee", while Reynolds manufactures gin under the brand name "Aviation Gin". In the video, the two can be seen claiming that they are putting their "feud" on hold for just a while. But, the events in the short video take a hilarious turn for the viewers.

What is Hugh Jackman up to right now?

Hugh Jackman's latest cinematic outing was "Bad Education", an HBO original TV film that was based on a real-life scam that was pulled by an educational institution just a few years ago. The latest addition to the list of Hugh Jackman movies is Reminiscence, which happens to be a Science Fiction thriller feature presentation at the centre of which is a police office (Played by Jackman). The trailer for reminiscence can be found below.

READ | Hugh Jackman shares updates from 'Day 3' of quarantine in Australia, says "I got dressed"

Additionally, before the pandemic hit, Hugh Jackman was seen as a part of the cast of the Broadway production of "The Music Man", which sees him play one of its central characters. The same is essentially a reboot/revival of the play of the same name which was performed several decades ago. A video that sees him talk about the same can be found below.