Hugh Jackman Recovers From COVID, Says 'feels So Good' To Return To 'The Music Man' Set

Hugh Jackman took to social media to share a video of himself as he returned to the sets of his Broadway musical titled 'The Music Man'. 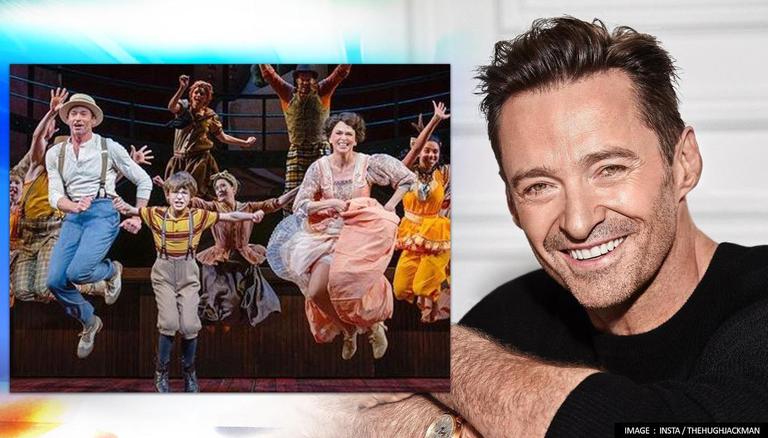 
Hugh Jackman recently told his fans on social media that he had tested positive for COVID. He also announced that several shows of his Broadway musical titled The Music Man had been cancelled. However, the actor is now back on the Broadway stage and shared a video of himself on set after he recovered from the virus.

Hugh Jackman is now all set to return to the Broadway stage after his recovery from COVID and seemed over the moon as he uploaded a video of himself going back to work and mentioned it 'feels so good' to be on set again. He cancelled shows for 10 days after his diagnosis and apologised to all those who had bought tickets to see him perform. In the video he uploaded on Instagram he said, "I can't tell you how good this moment feels. Yes, we're back," the X-Men star said in the video. "... To all those people who had tickets for the last 10 days, I'm so sorry. I hope, I pray, that you'll have a chance to reschedule, but ... I'm so excited to be back and to bring this show — which is just pure joy and full of hope and belief and faith — back to Broadway."

READ | COP26 Summit: Hugh Jackman urges everyone to 'come together for planet Earth'

The actor often gives the audience a glimpse into his Broadway show and the behind the scenes rehearsals and practices. The show had its preview performance on December 20 and the actor shared a candid picture that caught him and his co-star in action as they jumped up in the air with broad smiles on their faces.