Model Hunter McGrady has revealed that her younger brother, who was 23 years old, has passed away. She took to Instagram to pen an emotional note. 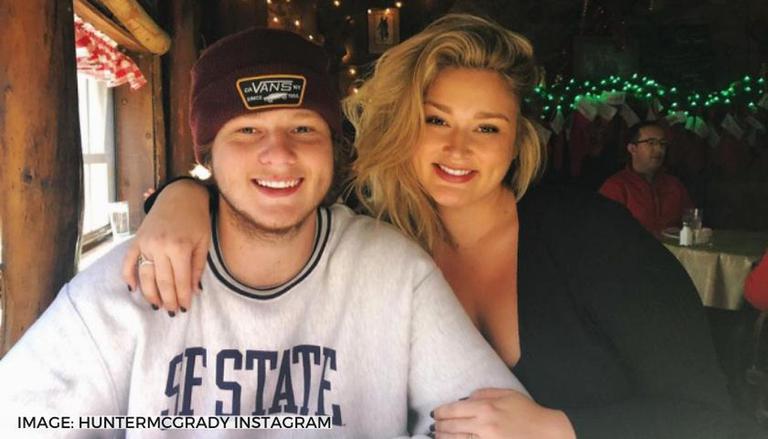 
American model Hunter McGrady shared the tragic news of her brother Tynan's demise. The model took to Instagram to announce her brother's passing on Tuesday. She expressed her grief with a long note in the caption.

The 28-year-old model shared several pictures with her later brother. It includes their photo from her wedding, childhood, spending time together, and a cute snapshot of their conversation. Take a look at Hunter McGrady's Instagram post below.

Hunter McGrady wrote that it is the most gut-wrenching words she has ever had to write in her life, one that no one ever wants to.
She mentioned that her chest is heavy and she feels like she’ll never breathe again. She doesn't know how this pain repairs or if it ever feels like life can live again. McGrady noted that her "baby brother went to be with the Lord'' on May 1, 2021. She called Tyran the most "kind, gentle, loving, beautiful, intelligent, funny" human being on earth.

READ | Gloria Henry of 'Dennis The Menace' fame passes away at 98, a day after her birthday

McGrady stated that people who know her know that she raves about her brother. She noted "he is and will always be" the love of her life. The model mentioned that she would text her brother every single night the words “Goodnight I love you ❤️” because she never wanted a day to go by without him knowing how much she loves and adores him. She wrote that everyone around Tyran has always said nothing but beautiful things about him and his influence on them.

Hunter McGrady's brother was just three weeks shy of graduating SFSU with a computer engineering degree. She assured they will get that degree, and they will make sure of it as he worked too hard not to. She admitted that she has never known someone to be "so passionate" about computer engineering, coding, cars, and gaming. He was knowledgeable about those stuff "beyond belief," as he would show her his homework and she felt like Einstein was showing her something.

McGrady asserted that there is no telling why these things happen, why accidents happen, why life is taken too short. But she is "so grateful" for beautiful the 23 years God gave them with him. She knows they will meet again because the Bible says so. The model then quoted Revelation 21:4 “He will wipe away every tear from their eyes, and death shall be no more, neither shall there be mourning, nor crying, nor pain anymore, for the former things have passed away.” She thanked Tyran for making her a big sister. "Goodnight my sweet beautiful Bubba, I love you ❤️" she concluded.

READ | Anne Douglas passes away at 102, only over a year after death of husband Kirk Douglas