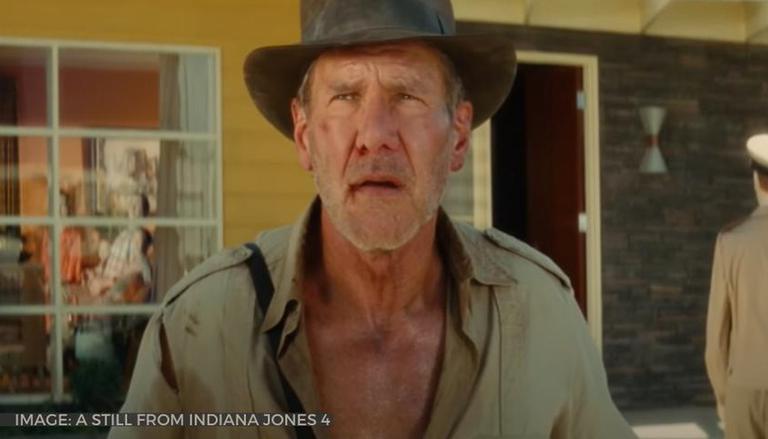 IMAGE: A STILL FROM INDIANA JONES 4


Indiana Jones 5 is one of the most anticipated upcoming movies. The fifth instalment in the blockbuster franchise has been long due. But it seems that fans can now take a sigh of relief as production on the project is finally all set to commence.

A Reddit user has dropped new Indiana Jones 5 photos from the underdevelopment set. The first picture is just mainly of construction going on the location. The next image gives a glimpse at a half-formed burned castle tower. This half-formed castle serves more purpose as it looks like a typical setting for the movie.

First Indy 5 set photos. Filming starts in a week! (photos not mine) from StarWarsLeaks

Some more Indiana Jones 5 photos also made their way to the internet. They hint that the shooting will take place at Bamburgh Castle situated on the northeast coast of England, by the village of Bamburgh in Northumberland. Production on the project is expected to commence in the coming week. It would give fans relief as the pictures assure them that the long-awaited film is taking its first steps and actually arriving.

Indiana Jones 5 cast will also include actors like Phoebe Waller-Bridge, Thomas Kretschmann, Boyd Holbrook, Shaunette Renée Wilson, and Mads Mikkelsen to the franchise. The upcoming instalment will be directed by James Mangold. The script is penned by Mangold with Jez and John-Henry Butterworth. Indiana Jones 5 release date is set as July 29, 2022.

READ | Indiana Jones 5 is on its way, Harrison Ford to start shooting for the film this summer

IMAGE: A STILL FROM INDIANA JONES 4