Is Kate Middleton Willing To Meet & Mend Ties With Meghan Markle During US Visit?

Princess of Wales, Kate Middleton is reportedly willing to meet with Meghan Markle in the US so as to mend her relationship with the latter. 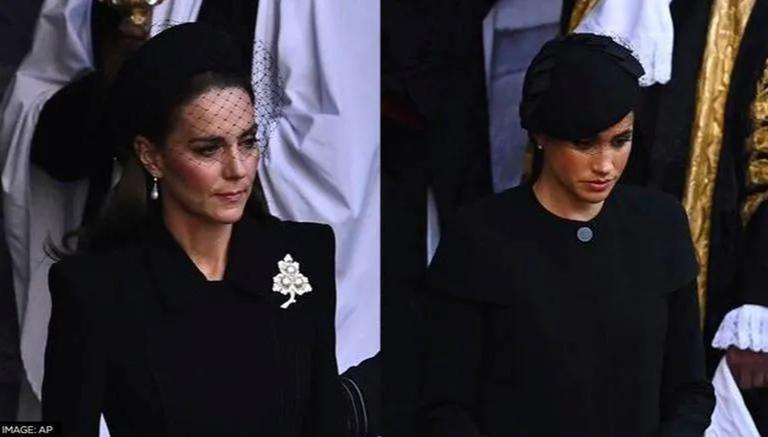 
Princess of Wales, Kate Middleton is reportedly willing to meet with Meghan Markle in the US so as to mend her relationship with the latter. As per Page Six, the Princess of Wales will explore the possibility to end the rift between her and Markle during her visit to the United States.

A source told Weekly, "Once Kate and William's Boston plans are set in stone, she's planning to extend an olive branch to Meghan in a bid to reunite the brothers and heal the rift." "[Prince] Harry and Meghan are knee-deep with their hectic schedules, but Meghan is willing to put in the effort as long as dates don't clash,"  the source added.

It is pertinent to note that Kate and Prince Willian will attend the second annual Earth shot Prize awards ceremony in Boston on December 2, as reported by Page Six. They will also travel to the east for the Ripple of Hope Award Gala of the Robert F. Kennedy Human Rights (RFKHR) organization in New York. The couple was selected as one of the Ripple of Hope Award laureates this year for their "work on racial justice, mental health, and other social impact initiatives through their Archewell Foundation."

In an interview with Oprah Winfrey in 2018, Meghan claimed that Kate made her burst into tears ahead of her wedding to Prince Harry. She said,

"A few days before the wedding, [Kate] was upset about flower girl dresses and it made me cry. It really hurt my feelings. It was a really hard week of the wedding. And she was upset about something, but she owned it, and she apologized. And she brought me flowers and a note, apologizing."

While Kate and Meghan are ready to mend their relationship, Prince William is not ready to forgive his little brother quite yet, as quoted by Page Six.