Jameela Jamil Joins The Cast Of She-Hulk, To Play A Negative Role

The cast of She-Hulk welcomes Jameela Jamil on board. The actor will be playing a negative role opposite Tatiana Maslany in the series that releases in 2022. 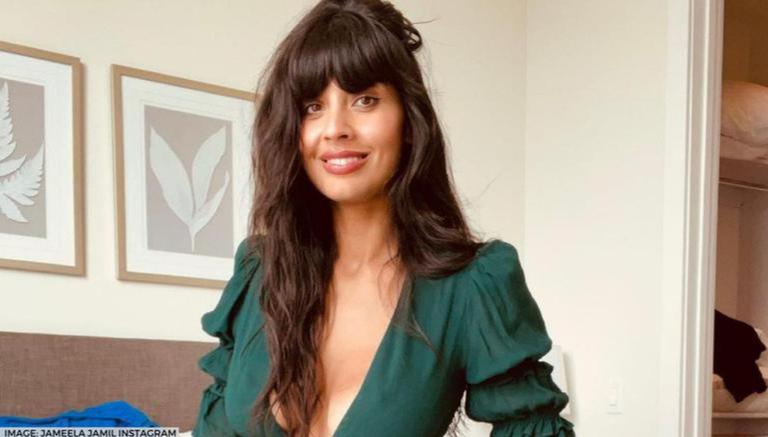 
A long list of MCU web series is in the pipeline and one of them is She-Hulk, which will show the story of Bruce Banner’s cousin Jennifer Walters. The upcoming show’s cast has a new member on board and it is Jameela Jamil, playing a key role. Scroll along to know all the other details about Jamil’s character and the show.

In a recent report by Variety, it was announced that actor Jameela Jamil will be seen playing the main antagonist opposite Tatiana Maslany, who plays the titular role of Jennifer Walters. Jamil’s character is named Titania, who is a Marvel supervillain with incredible strength and is seen in frequent competition with She-Hulk. The outlet reached out to both Marvel and reps of Jameela, but they have not made a comment about the development so far.

Jamil is joining actors Renée Elise Goldsberry, Ginger Gonzaga, and Tim Roth, who are playing pivotal roles in the show. She-Hulk will also feature Mark Ruffalo, reprising his role of Bruce Banner aka The Hulk, in the series. The show unfolds the story of Walters, Bruce Banner’s cousin who inherits some of the Hulk’s powers after getting a blood transfusion from him, followed by a severe injury that she suffered. Although, when Jennifer hulks out, she is able to keep control of her personality, intelligence, and emotions.

Jamil is popular among the American audiences for playing Tahani Al-Jamil, on the NBC comedy show The Good Place, through four seasons of the show. In recent times, she has been hosting the TBS game show The Misery Index, while she is also serving as a judge on the competition series Legendary, on HBO Max. She will also be seen playing a key role in the upcoming movie Marry Me, which is directed by Kat Coiro; who is also at the helm of She-Hulk.

The series has Jessica Gao as the head writer as well as executive producer of the series. She-Hulk follows after the shows WandaVision, The Falcon and The Winter Soldier, and the recently released Loki. Some of the other upcoming titles in the coming years include Secret Invasion, Moon Knight, Ms Marvel, and Hawkeye.