Some of 'The Sopranos' cast members recently came together and recalled the popular James Gandolfini's hungover scene, and this is what Robert Patrick revealed 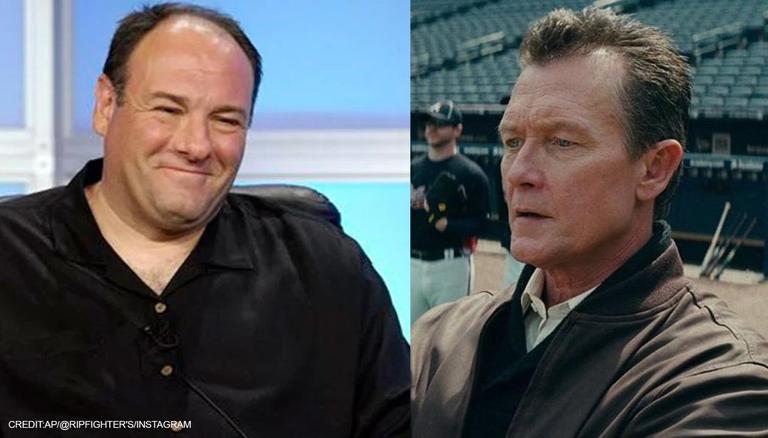 
The Sopranos was one of the popular American crime drama series that began streaming in 1999 and went on to become one of the most-loved shows of all time. As several members from The Sopranos cast began a podcast named Talking Sopranos, hosted by Michael Imperioli and Steve Schirripa, the latest one was of actor Robert Patrick reminiscing James Gandolfini's epic scene from the show.

According to the report by New York Post, Michael Imperioli and Steve Schirripa along with The Sopranos actor, Robert Patrick recently discussed their first day on the sets and recalled James Gandolfini’s epic character. Patrick then mentioned his first day on set and how he tried to provoke Gandolfini about coming to work hungover. He further revealed their conversation stating, “I had never met Mr. Gandolfini. I am out front on a bench smoking a cigarette with Jimmy after we’d just done this read through. And we’re trying to get to know each other a little bit because we’re supposed to be high school buddies.”

He continued, “As the conversation was winding up, I said to him, ‘You know the scene where you come to get your money, you better bring your f – – king A-game.’ And he looked at me said, ‘Oh, I’ll bring my f – – king A-game.’ ” Robert Patrick then revealed how Gandolfini threw his cigarette at him while walking off. He further revealed that later, the two of them met again, during a scene, where Tony arrives to collect the money that Davey borrowed and loses in a high-stakes poker game. Patrick continued, “[Gandolfini] came in and said, ‘How’s your balls?’ I said, ‘They’re fine.’ And he said, ‘I’m hungover, let’s do this f – – king scene. And man, it was one take. And he scared the living s – – t out of me. I was so intimidated. What a fantastic experience.”

READ | Soprano singer helps out in Kosovo clinic by day

READ | Alec Baldwin reveals the character that he wanted to play in 'The Sopranos'
READ | Chris Rock admits to turning down offers to be a part of 'The Sopranos' over THIS reason
READ | Sopranos prequel film The Many Saints of Newark's trailer is out now; see reactions here!
READ | David Chase talks about sitting on 'The Sopranos' prequel movie for a year due to COVID-19

WE RECOMMEND
HBO Max plans India entry to make most of OTT demand; will bring originals & exclusives
'Free Guy' will stream first on HBO Max, not Disney+ after theatrical release; Here's why
'Euphoria' season 2: Read all the updates about Zendaya-starrer breakout HBO series
Natalie Portman steps down from Days of Abandonment; HBO calls the project 'dead'
Jason Momoa says his kids will not watch 'Game Of Thrones' even if it is 'fantastic'