James Gunn proclaims that Dave Bautista is "irreplaceable" as Drax The Destroyer. Read on to see the entire social media exchange between Gunn and Bautista 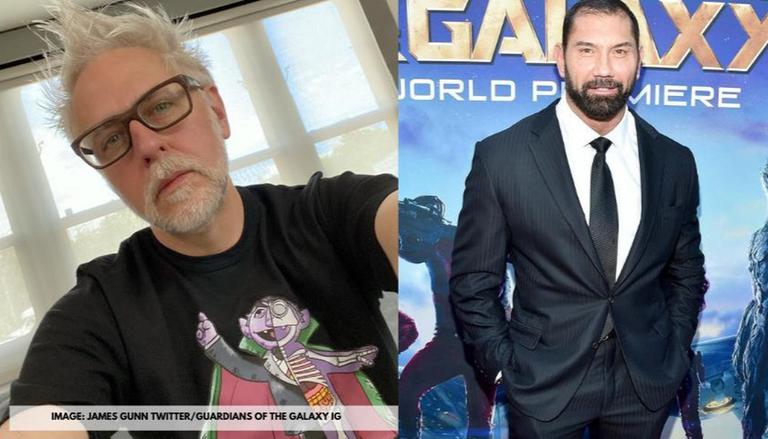 
James Gunn very recently took to Twitter in order to make it known to Guardians Of The Galaxy Vol. 3 cast member Dave Bautista that for him, there's only one Drax The Destroyer. Additionally, Gunn even shared that as far as he is concerned, Dave Bautista as Drax The Destroyer is simply irreplaceable. This response from James Gunn comes after Bautista shared his speculations regarding his future in the MCU online by implying that Guardians of the Galaxy Vol. 3 may just be the end of Dave Bautista as Drax The Destroyer as the professional wrestler-turned-actor is pushing 54 years of age. Bautista shared his thoughts regarding the same in response to a post by IGN, claiming that the third instalment in the Guardians franchise will be the last time that viewers will get to see Bautista as the beloved character. Read on to see the full exchange below:

The Twitter exchange between IGN, Dave Bautista and James Gunn:

Drax isn’t going anywhere. He just won’t be played by this dude! 🤷🏻‍♂️by the time G3 comes out I’ll be 54 yrs old for gods sake! 😱 im expecting everything to start sagging any second now. 😂 https://t.co/eRJR6ZPtE2

— The Artist Formerly Known as Super Duper Dave (@DaveBautista) May 8, 2021

There’s no Drax for me without you, buddy! You ARE the MCU’s Drax the Destroyer and, as far as I’m concerned, could never be replaced. And you have the right to do whatever you want with your acting choices! ❤️ @DaveBautista https://t.co/Mn5uNRVUvN

About Guardians Of The Galaxy Vol. 3 cast & other details:

It is believed that the principal Guardians Of The Galaxy cast members will be seen reprising their respective characters for the 2022 film. However, there's no other information available regarding the same yet. Details regarding the writer, crew members, and other names attached to the project will be shared with the readers as and when they are made available.

READ | Dave Bautista says 'Guardians of the Galaxy Vol. 3' script has changed due to the delays

What are James Gunn and Dave Bautista individually up to right now?

As far as their individual professional commitments are concerned, Dave Bautista will be next seen front-lining Zack Snyder's Army Of The Dead. Gunn, on the other hand, will be soon seen making his DCEU debut with his own version of The Suicide Squad. While Bautista's film is going to be released in select theatres and on Netflix coming May 21st, The Suicide Squad will have a wider theatrical release and simultaneously be made available for viewing on HBO Max on August 6th.