Jennifer Aniston And David Schwimmer: The Ones Where Ross-Rachel's Chemistry Sizzled

With ‘Friends’ fame Jennifer Aniston and David Schwimmer reportedly dating off-screen, here are the best moments in which the ‘lobsters’ had the best chemistry. 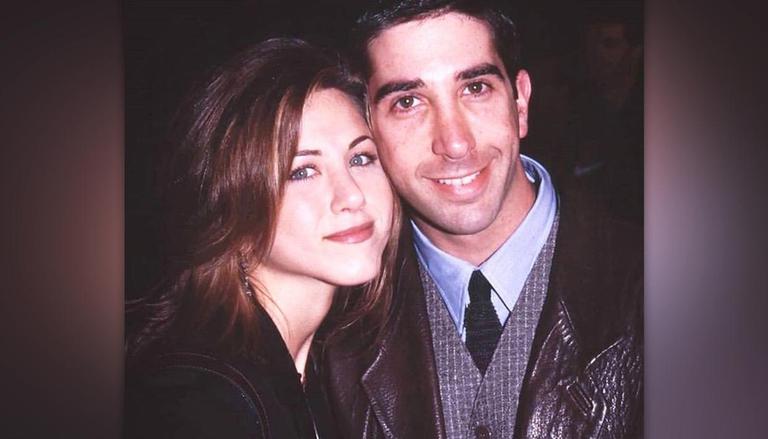 
Friends’ fame Jennifer Aniston and David Schwimmer are rumored to be dating off-screen and fans across the world could not be happier. The ‘lobsters’ revealed that they had feelings for each other on Friends: The Reunion. Fox News reported that the duo’s confession on the Reunion stirred up feelings between the two. Jennifer Aniston and David Schwimmer reportedly began texting each other after filming and Schwimmer flew to Los Angeles to see Aniston.

Jennifer Aniston took on the role of Rachel Green in Friends, while David Schwimmer played Ross Geller. The duo hit it off on-screen immediately and fans began hoping that they would end up together. Here’s a list of some of the times Rachel Green and David Schwimmer had the best chemistry.

Ross and Rachel do laundry

The episode titled, ‘The One With The East German Laundry Detergent,’ in season one, was a big step for the duo. During the episode, not only does Ross teach Rachel to do laundry, but it is the episode in which she also kisses him. A vulnerable Rachel shares details of her life with Ross, who helps her overcome her fears of making it in a new city on her own. Apart from the scene being a fan-favourite, the duo doing laundry together helped them bond and spend quality time alone for the first time.

In the season two episode, ‘The One With The Prom Video,’ Rachel ends up learning that Ross has been head over heels in love with her for years. When the gang gathers to watch the video of Rachel and Monica going to prom, Rachel learns that Ross planned on taking her to the dance after her date hadn’t showed up. She then gets emotional and kisses Ross, as the rest of the gang and viewers accross the world watch with a smile.

READ | Courteney Cox reveals how she felt hurt on not being nominated for 'Friends: The Reunion'

Ross helps Rachel after she hurts herself

‘The One With A Chick and A Duck’ saw Ross immensely excited about being on a Discovery Channel panel. However, he puts his plans on hold to help an injured Rachel and ensure she reaches a hospital safely. Rachel was touched by Ross’ selfless gesture, and he was happy to help, as he cared about her and loved her deeply.

After a huge fight at Central Perk in ‘The One Where Ross Finds Out,’ Ross storms out in a huff and sees Rachel cry on the couch. When Rachel realises he hasn’t left, she unlocks the door of the cafe, after struggling for a while, and the duo have their first kiss, right where it all began, in Central Perk.

When Rachel got off the plane

‘The Last One’ sees Ross race to the airport to stop Rachel from going to Paris. Like Ross, viewers worldwide wondered if Rachel got off the plane in the final episode of the show. To everyone's surprise, she did get off the plane and rushed to tell Ross how she felt about him. After all their ups and downs, the moment they reunited made everything they had gone through so worth it.